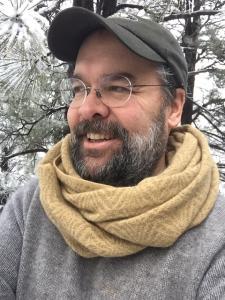 Eric works with OHIO students to craft cine-VR shorts that have screened around the world:

His work using 360-degree cameras to capture real world emergency room traumas has been featured nationally in venues such as the Huffington Post.

You can view some of professor Williams’ work (as well as the work of his students) on his vimeo page.[Password: EWCV]

Eric worked professionally as a screenwriter for more than fifteen years. During that time, his screenplay Crystal Messiah was performed on Broadway after winning the WGA award for "Best New Feature Script". Additionally, he:

In order to share his research and experience, Eric works as a writer, editor and host on a variety of book and media projects:

You can find more details about Eric and his work here.