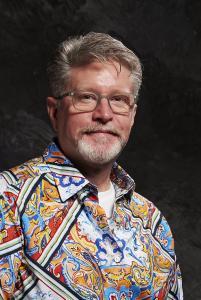 Professor Timothy Goheen serves as Director of the Scripps College of Communication’s award-winning School of Visual Communication. Goheen came to Ohio University with nearly 30 years professional experience as a visual journalist, and 20 years-experience as a manager, supervisor and leader in the same field.

After graduating with a Bachelor of Arts from James Madison College, a residential college of social sciences and public affairs within Michigan State University, Goheen began his professional career in 1986 at The State, a metropolitan daily newspaper in Columbia, S.C. (Knight Ridder Inc.). While at The State, he received multiple Society for News Design (SND) awards for infographics and South Carolina Press Association Awards for news graphics, illustration and feature page design.

In 1995, Goheen moved to Washington, D.C., to join the international news wire service Knight Ridder/Tribune Information Services (KRT) as Senior Illustrator for the company’s European graphics startup. In 1997, he was promoted to Art Director of KRT Graphics, supervising artists and freelancers in both the U.S. and Europe.

A Knight Fellow at Ohio University’s School for Visual Communication, 2005-2006, Goheen earned an Master of Arts degree while teaching undergraduate students basic and advanced infographics. In 2006, KRT became MCT when Knight Ridder Inc., was sold to the McClatchy newspaper company. That same year, Goheen took on the additional responsibility of Managing Editor of the Graphics Service, responsible for supervising all artists and Graphics Service editors. In 2008, Goheen was selected to be one of four judges in the Society for News Design’s (SND) prestigious World’s Best Designed Newspaper competition.

Goheen has worked his entire career in the field of visual communication, first as an illustrator, then a page designer, a news infographics specialist, a manager, a mentor, and a leader. In July 2014, he moved to Athens, Ohio, to become the fourth Director of the School of Visual Communication. Goheen teaches undergraduate and graduate level courses in communication design, infographics, and data visualization, as well as graduate-level leadership.

Around campus, Goheen serves on the Ohio University Curriculum Council and is a member of UCC’s General Education Committee. He is the co-director of the Scripps Semester in D.C., program. In 2018, Goheen was one of the co-founders of the Visual Discovery Conference, an international intercollegiate infographics/data visualization workshop for students. VDC held its second conference at Ohio University in November 2019.

Outside the university, Goheen has been a board member of the Athens Dairy Barn Arts Center since 2014, while also serving as the center’s Exhibitions Chair. Along with several current and former VisCom faculty, Goheen helped develop Wide Open, a biennial international juried photography exhibition at the Art Center. The first show was held in 2018.