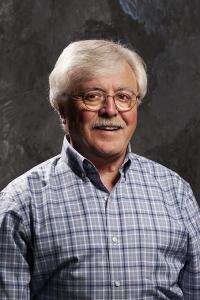 Terry Eiler is a field researcher, magazine photographer, documentary photojournalist and co-founder of Ohio University’s School of Visual Communication and the school’s former director. As a publication photographer, he produced material for the National Geographic Society’s books and magazines over a 20-year period. His work has been featured in GEO, Sunset, and Paris Match.

As a documentary photographer, Eiler has been involved in Project Documerica, the 1970 project funded by the EPA to record the state of the environment prior to major air and water legislation. He has been a field researcher on four Library of Congress American Folklife Center projects, the Calvert Marine Museum project on the Patuxent River Watermen and a project documenting the people of West Virginia’s Coal River Valley for the American Folklife Center. His work has been the visual anchor of five books.

In 1994, Eiler was named the Kodak Professor to Australia. He is the chair of the academic advisory board of the Salt Center for documentary studies in Portland, Maine. He serves on the National Press Photographers Association's contest governing board for the Best in Photojournalism annual competition. He is the director of the annual Scotland Field School in Documentary Photojournalism. As a professor at Ohio University he has twice been named University Professor for his teaching excellence and in 1993 was presented Ohio University’s Alumni Teaching Excellence award.