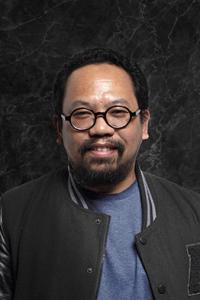 Adonis Durado is a product of advertising and editorial design with more than 20 years of professional experience as a visual journalist, art director, and design manager.

He was the former Design Director of Muscat Media Group, publisher of two major daily newspapers — the Times of Oman and Al Shabiba. During his tenure, he transformed its products from the unknown to the most-awarded publications in the Middle East, winning more than 500 international honors from the Society of News Design, Society of Publication Design, World Association of Newspapers, and the European Newspaper Award.

As a freelance design consultant, he helped launch and redesigned more than a dozen magazine and newspaper titles in Europe, Middle East, Africa, and Asia. He also served as a resource speaker to design conferences and conducted workshops in the United States, India, Bangladesh, Turkey, Ukraine, UAE, Indonesia, Germany, and the Philippines.

In 2017, he received The President’s Award from the Society for News Design and the Knight Fellowship from The School of Visual Communication at Ohio University. As a poet, he was honored with several literary awards, including the Lacaba Prize, the Faigao Prize, the Vicente Ranudo Literary Excellence Award, and the Writers’ Prize from the National Commission for Culture and the Arts. His fourth poetry collection became a finalist in the 2019 International Book Awards.

He also wrote and contributed a chapter in the book Virtual Reality Cinema: Narrative Tips and Techniques (Focal Press / Routledge), while his works were featured and cited in the books and periodicals, including The Newspaper Designer's Handbook (McGraw-Hill), All About Mags (Sendpoints Publishing), Creative Anarchy: How to Break the Rules of Graphic Design for Creative Success (How Books).

His areas of interest include book and publication design, immersive media and interactive design, and infographic and data visualization.