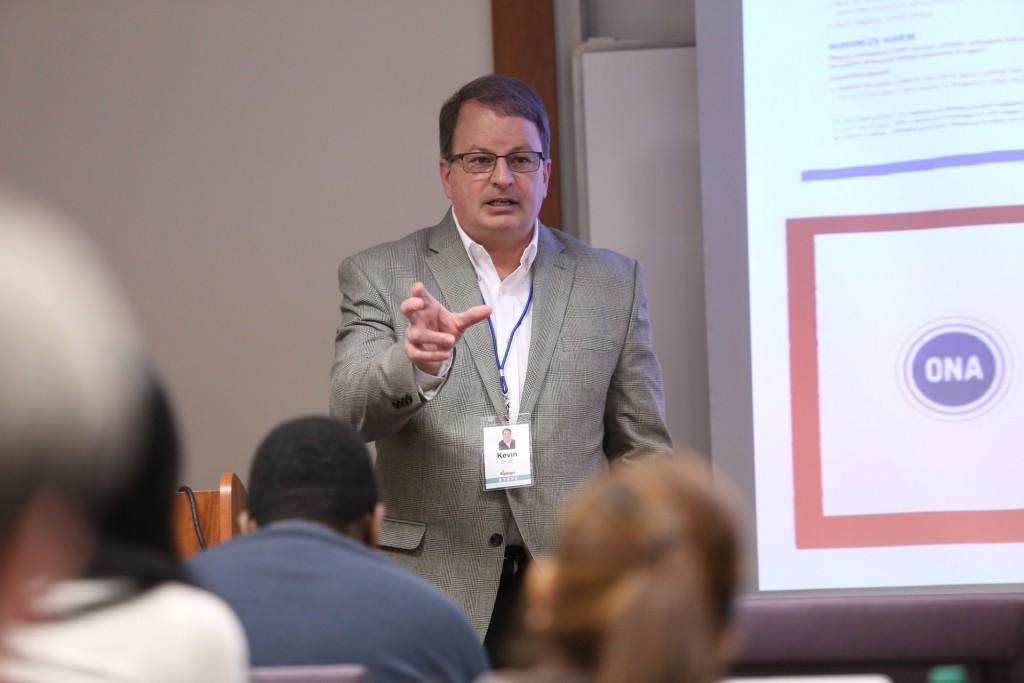 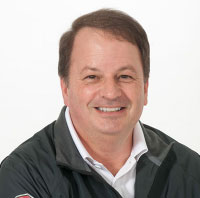 KEVIN Z. SMITH  knew he wanted to be a journalist from the moment he took his first high school journalism class at age 16. More than 40 years later with a career that spans newsrooms and classrooms, he now directs the Kiplinger Program in Public Affairs Journalism at Ohio State University. He has been with Kiplinger since 2013.

He has been a longtime leader in the Society of Professional Journalists and served as national president, 2009-10. He served on the SPJ Ethics Committee from 1988-2014 and chaired the committee in its work to revise SPJ’s world renown ethics code in 1996 and 2014. He is a contributing author to five ethics text books and routinely trains journalists in media ethics. He is regularly sought by the media to comment on journalism standards.

With SPJ, he additionally served on that group’s Project Watchdog Committee, advocating for open access to public meetings and records. He is also a member of the Online News Association and the Association for Education in Journalism and Mass Communication where he serves in the ethics division.

After graduating from West Virginia University with a degree in print journalism, he began a 14-year career in that state’s community newspapers. He was a sports editor at the Grafton Mountain Statesman, a business writer for the Parkersburg Sentinel, assistant sports editor and later managing editor at the Fairmont Times-West Virginian, and assistant city editor, regional editor, bureau chief and business writer for the Dominion Post in Morgantown, West Virginia. He worked as a staff writer covering medical stories for Bloomberg News in Washington, D.C. and was an on-call freelance correspondent for The Associated Press. He earned more than two dozen state and national awards for his reporting, photography and commentary.

He began his next career of 14 years in journalism education while serving as an adjunct at West Virginia University, before quickly moving into the profession full time as a visiting lecturer at Miami University (Ohio). He served there five years, two years as program director and earned his master’s degree in mass communication there. He later worked as an assistant professor and director of student media at Fairmont State University in West Virginia, as a journalism instructor at James Madison University in Virginia and a visiting lecturer in communication at the University of Dayton.

As student advisor to the FSU Columns newspaper and Mound annual, his students earned 53 national awards in five years from the Society for Collegiate Journalists and twice the paper was judged the best small, non-daily newspaper in the nation.

In 2009 he was honored as the outstanding professor at both Fairmont State University and Pierpont Community and Technical College.

Another honor came in 2010 when he was given the West Virginia Distinguished Mountaineer Award – the highest honor bestowed by the governor for outstanding contributions to the state’s overall welfare.

In 2014 he was given the highest honor from SPJ when he was named the Wells Key recipient for his longtime contributions in advancing ethics for the Society.

Since 2014 he has been a speaker specialist in media ethics for the U.S. Department of State and has aided journalists in Sierra Leone, Uganda, Pakistan and Jamaica with training.

Kiplinger Leadership Over the Years

Throughout the history of the Kiplinger Program, leadership has served under various titles - chair, professor and director. There have also been associate directors and program coordinators in mid-leadership roles.

AUSTIN H. KIPLINGER, editor emeritus of The Kiplinger Letter, had a journalism career spanning more than five decades as a reporter, broadcast commentator and editor, specializing in business and political affairs.

His full-time reporting career began in 1940 with the San Francisco Chronicle.  After World War II, in which he served as a Navy aviator in the South Pacific, he helped launch Changing Times, the nation’s first magazine of personal money management, now titled Kiplinger’s Personal Finance.

In 1948, Mr. Kiplinger became the front-page daily columnist of the Chicago Journal of Commerce.  During the 1950s, he was a Chicago newscaster for the ABC and NBC television networks.

After rejoining the Kiplinger Washington Editors, he succeeded his father, W.M. Kiplinger as editor-in-chief in 1961.

Maintaining a life-long interest in civic and educational affairs, he is Chairman Emeritus of the Board of Trustees of Cornell University, former president of Tudor Place Foundation, former chairman of the Federal City Council and co-chairman of the Leadership Committee for the City Museum of Washington.

KNIGHT KIPLINGER is one of America’s most respected economic journalists and business forecasters.  In his writing, speeches and appearances on major TV and radio networks, he cuts through the complexity of financial subjects with clarity and foresight.

Mr. Kiplinger is editor in chief of The Kiplinger Letter, Kiplinger’s Personal Finance magazine and Kiplinger.com.  The Letter, a weekly publication started in 1923, is the most widely read and longest-published business forecasting publication in the world.

Kiplinger’s Personal Finance, the first magazine in the field of personal money management, was founded in 1947 and today has a monthly circulation of more than 600,000. Kiplinger.com is a full-featured Web site with content and tools for helping people manage their money, as well as business forecasting content to help managers in their decision making.

The company Mr. Kiplinger heads, Kiplinger Washington Editors, Inc., was the Washington regional and national winner of the 2002 Business Ethics Award in the small-business category, awarded each year by the Society of Financial Service Professionals. In 2007 it was recognized by Ethisphere magazine as one of the “World’s Most Ethical Companies.”

Mr. Kiplinger came to the Kiplinger organization in 1983, following 13 years in newspaper journalism as a Washington correspondent and editor.  For six years he was Washington bureau chief for Ottaway Newspapers, Inc., a chain of 22 daily papers owned by Dow Jones & Company.

In the late 1980s Mr. Kiplinger co-authored two best-selling forecast books which contradicted the prevailing pessimism of that time, accurately predicting that the United States would set the global pace for economic growth and technology leadership in the 1990s.  In World Boom Ahead (1998), Mr. Kiplinger forecasted that the U.S. will continue to benefit from soaring productivity and surging trade with the expanding economies of Asia, Latin America and Eastern Europe.

Mr. Kiplinger is an occasional guest on national radio and TV programs, including NPR, CNN, Fox and CNBC, and “Marketplace,” the daily business report heard on public radio stations nationwide.

A graduate of Cornell University, Mr. Kiplinger did graduate study in international affairs at the Woodrow Wilson School of Princeton University.

He has long been active in a variety of civic affairs in the Washington area, centering on the performing arts, education and history.