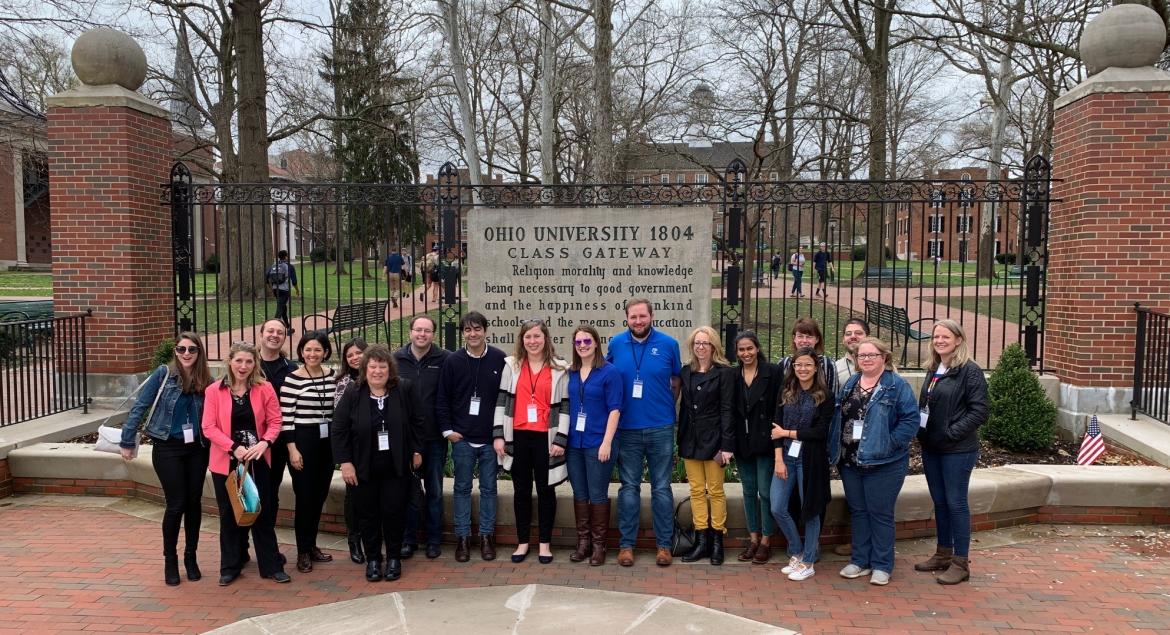 The 2022 fellowship will be held on Ohio University's Athens campus April 18-22 and focus on covering climate change. Professional speakers who represent some of the top leaders in journalism and climate sciences will address the 19 fellows.

About the Kiplinger Fellowship

Kiplinger Fellows typically spend a week in April on Ohio University’s main campus in Athens, where they can engage and learn from the top trainers and leading experts in the field. The highly coveted fellowships provide lodging, most meals and free training – thanks to the generosity of the Kiplinger Foundation and Kiplinger family.

Stuart Hughes of the BBC began using social media with family, but later found it useful in covering war.