Every two years, the Stevens Literacy Center is honored to co-sponsor the OHIO Literacy Conference with The Patton College of Education. First held in 2017, the conference continues to grow, seeing over 80 attendees in November 2019. With the mission of providing high-quality, accessible professional development to area educators, pre-service teachers, and interested community members, the OHIO Literacy Conference seeks out expert literacy education practitioners and teacher educators as featured speakers and breakout session presenters.

Please stay tuned for information about the next OHIO Literacy Conference to be held in November 2021.

In 2019, the center was pleased to present the following lineup for attendees: 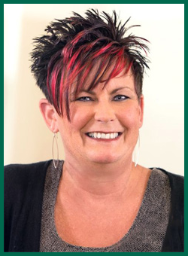 Internationally-known teacher and conference speaker Tanny McGregor brings nearly 30 years of professional experience to her popular sessions. Her workshops are known for their creative and engaging style. Originally an elementary school teacher, Tanny has served as a literacy coach, gifted intervention specialist, and preK-12 staff developer.

With more than 20 author and illustrator credits to her name, Denise Fleming is a treasure of the children’s literature world. Her book In the Small, Small Pond received a Caldecott Honor, and her signature illustrative style can be seen in her works In the Tall, Tall Grass and 5 Little Ducks, among many others. Her latest book, This is the Nest Robin Built, is a celebration of cooperation and showcases Fleming’s talent in capturing the natural world in her illustrative process of pulp painting and paper making.

An original member of Jefferson Airplane, Jorma Kaukonen has been a prolific musician for over 50 years. In addition to performing as a solo artist, Kaukonen formed the band Hot Tuna with Jack Casady, and they continue to tour and perform together. Kaukonen has been twice nominated for a Grammy Award, and in 2010 Kaukonen received a Citation Award from the Ohioana Library, an organization honoring outstanding Ohioans in a variety of fields. Kaukonen’s latest work is a memoir entitled Been So Long: My Life and Music.

The author of 11 books for children and young adults, Jordan Sonnenblick has poignantly captured contemporary adolescence in novels such as Notes from the Midnight Driver; Drums, Girls, and Dangerous Pie; and its sequel, After Ever After, the recipient of the 2011 Schneider Family Book Award, an award given by the American Library Association recognizing authors and illustrators for the excellence of portrayal of the disability experience in literature for youth. A former middle school teacher, Sonnenblick draws on his teaching experiences and the relationships he formed with students and families for inspiration in his writing. His talent was recognized early, by none other than famed author Frank McCourt (Angela’s Ashes), who just happened to be one of his high school teachers. McCourt encouraged Sonnenblick to dig deep in his writing-- which he undoubtedly has done and continues to do--  and honored him with his first writing award at his graduation.

Thanhhà Lại’s debut novel, Inside Out and Back Again, was met with immediate positive response upon its release, and went on to be named both a Newbery Honor Book and the recipient of a National Book Award, among several other recognitions. Lại relied on many of her own memories of immigrating to the U.S. from Vietnam as a child in writing her first novel for children. Her second novel, Listen, Slowly, also follows a child protagonist coming to understand the concepts of culture and home. Her newest release, Butterfly Yellow, is her young adult debut. Lại started the nonprofit Viet Kids to facilitate purchases of bicycles, along with funding for tuition, uniforms, and food, to alleviate some challenges children face in receiving an education.