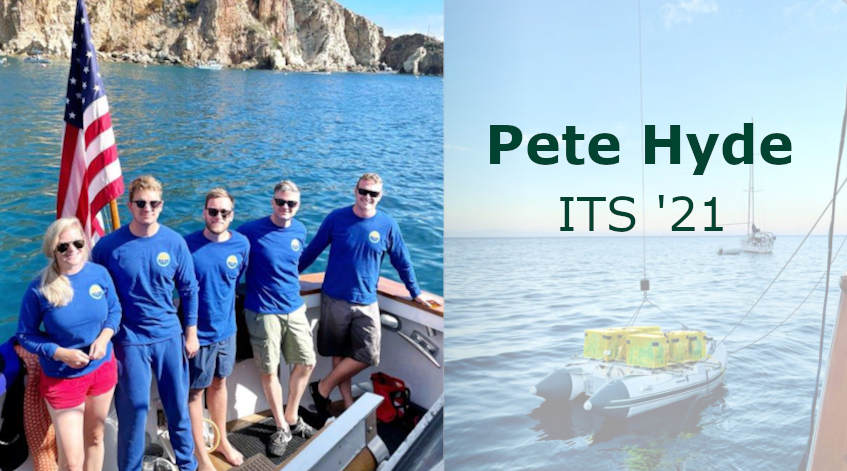 Pete Hyde graduated from the McClure School’s ITS program in May 2021 and spent the last summer in California, working with Project 816, a team in the American-Made Challenges’ Waves to Water contest. The contest was created by the Department of Energy in an effort to generate innovation in the energy field, specifically regarding water energy.

The contest has five stages: concept, design, create, adapt, and drink. At the beginning stages of the competition, there were 250 teams designing, creating, and testing wave-powered energy sources to turn seawater into fresh drinking water.

“This project is aimed toward relief groups… if there is a national emergency, and [people] do not have access to drinkable water… this project is to get people to think about solutions,” said Hyde.

Project 816 learned on Sept. 9, 2021, that they made it to the next phase of the competition, the adapt stage. They will be one of five teams preparing to test their prototypes at Jennette’s Pier in Nags Head, North Carolina in April 2022. By combining creativity and innovation to perfect a prototype, the winning team will receive $500,000 and government contracts to create relief equipment. Hyde is hopeful that winning will give the team more resources to partner with NGOs and work on more projects like this.

Project 816 spent the duration of the creation stage testing its raft off of Santa Catalina Island, 22 miles from the Los Angeles coast. During the team’s initial test, Hyde referred to as deployment day, the raft consisted of only two generators. Through more testing and data collection the team added four more generators to utilize the most amount of energy to power the reverse osmosis.

Hyde, a Cincinnati native, was asked by his sister, Bridgette Hyde, to join the team in operating water desalination systems for the project. For team members with full-time jobs, Project-816 became a passionate side job that they hope to work on full-time after winning the contest.

“It is really cool that doing [Project 816] on the side has gotten us this far. But if we win, it would be a huge opportunity, not only for the team we have right now but to expand as well,” said Hyde.

Hyde joined Project 816 during its creation stage, using Arduino software and console commands to control pulleys that move generators onboard and offboard to generate electricity that power reverse osmosis on seawater.

Hyde began working with Arduino in the ITS 3110 course taught by Julio Arauz, developing skills that the Project 816 team needed and knew he had studied. During his time at OU, Hyde sometimes questioned how applicable content in courses would be to his future profession.

“At the time [I] could not see a real-world application for [Arduino], and flash forward two and a half years, I am using what I learned in that class on a real-life government project,” said Hyde.

Just as students sometimes question the impact that courses will have in their future careers, Hyde recognizes how important following every step of the procedure, or course, is in learning and growing as a programmer and student.