GRID Lab’s ATHEMOS Finishes as a Finalist in 2021 GEE! Awards 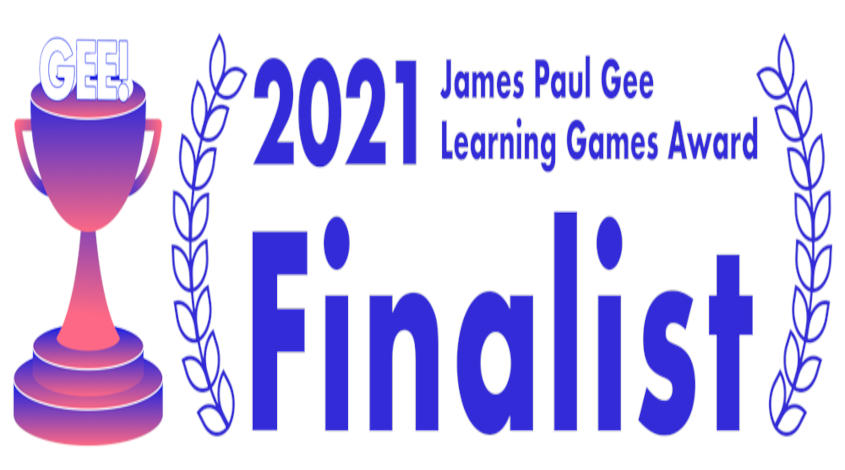 ATHEMOS, a game produced in the McClure GRID Lab, finished as a finalist in the 2021 Gee! Awards.

The James Paul Gee Learning Game Award (Gee! Awards) is a showcase and competition that explores games made with the goal intertwining education with entertainment. The Gee! Awards look at “Fun, educational, and novel” games both student made, student focused, or generally aimed at informal learning, and in this year’s showcase, ATHEMOS, a game made by the McClure GRID Lab faculty, staff, and students,  was a finalist in the “Middle School and up” category. This game is a partnership between Ohio University and East Carolina University

ATHEMOS is an educational 3D space shooter that has players defend the earth by taking robotic alien drones that are sending asteroids towards the earth. Beyond battles, players also have to mine for resources via puzzle segments that vary according to the amount of intel gathered form combat. The gameplay aims at heightening academic skills such as assignment tracking, organization, note taking, and study strategies, the game’s audience aimed at middle school aged students who may struggle with attention deficit and hyperactivity disorders (ADHD) and struggle with studying and organization.

While study skills could be taught in different ways, alumni Mitchel Cook, a  production coordinator for ATHEMOS while enrolled, felt like the combination of video games and education offers an easier and possibly more successful avenue to teach in some cases. “Video games are one of the biggest forms of media and they provide several beneficial opportunities compared to other forms of media” says Cook, “This type of medium provides a massive level of interaction and freedom that is not apparent in the other forms of media. The ability to teach people without actively teaching them or them realizing that they're learning something is more easily accomplished in the video game industry compared to the other mediums.”

Congratulations to the GRID Lab and the students and faculty who brought ATHEMOS to life!