Alanis's Journey in the ECT Program 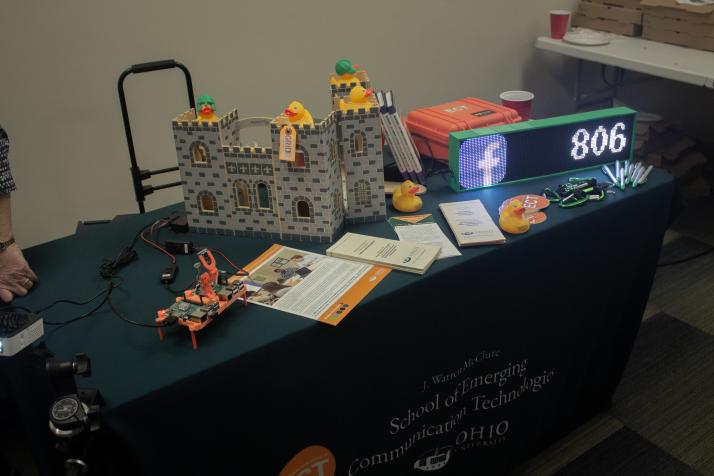 Alanis Rupprecht, a graduate student in the ITS program, is working on a social media counter for the ECT that showcases a live feed.

Prior to joining the ITS school, Rupprecht received a bachelor’s degree in English at OU. She garnered interest in the program once her advisor recommended a minor in ITS. Since then, she went from a minor to a masters in the program.

Rupprecht’s project began around a year ago. She constructed a physical social media counter that utilizes two LED screens and a Raspberry Pi that shows the live feed of likes in real time. The device also transitions between animations that were created by using Gimp, an animation program.

Through the project, Rupprecht learned how to 3d model, write scripts and how to use both Gimp and Tinkercad, both of which are modeling and animation programs. She has also learned the importance of documentation and troubleshooting for a long-term project.

There were a few issues throughout the project’s course, however. The Raspberry Pi had issues in both running its operating system and other background applications while showing a real time feed of the social media accounts. Rupprecht’s current goal is to work within the confines of the Raspberry Pi.

Rupprecht is thankful for the possibilities that the ECT school has granted her. Through the program, she has defied the expectations she had set for herself and has learned a lot about herself; she originally saw herself as someone who was unable to do math and learn hands on, but was pleasantly surprised to learn that this is not true. Rupprecht, a hands-on learner, noted that the style of the ECT school suits her needs as a student.