Ohio University’s Kennedy Lecture Series was established in 1962 by a gift from OHIO alumni and stalwart supporters Edwin L. and Ruth Kennedy. The Kennedy Lecture Series aims to bring speakers who appeal to a broad cross-section of the OHIO community to the Athens Campus to discuss significant issues in American life. 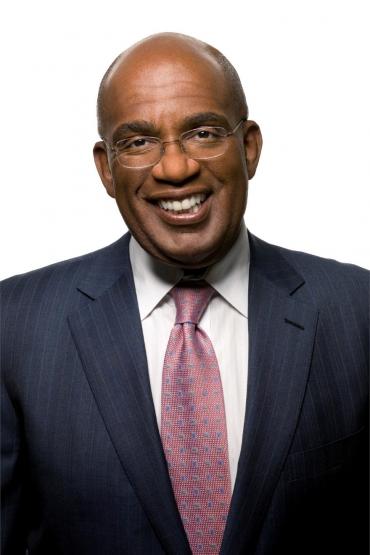 As a host and weatherman of NBC’s Today Show, along with Savannah Guthrie and Hoda Kotb, Al Roker has the undivided attention of the nation (over 32 million viewers per week) every weekday morning as America prepares for work.

Spanning a 35-year plus career and a thirteen-time Emmy winner, Al conducts interviews with celebrities and newsmakers around the world and does a wide variety of segments on every imaginable subject.

A thirteen-time Emmy winner, Al is also an accomplished television producer. He is Owner/CEO of Al Roker Entertainment, Inc. (ARE) which creates compelling, targeted stories for multiple distribution platforms and is involved in the development and production of network, cable, digital, and home video content. ARE produces programming for a diverse clientele including NBC News, MSNBC, Twitch, Facebook, TLC, Lifetime, A&E, The History Channel, E!, Discovery Networks, PBS, TV ONE, Oxygen, The Cartoon Network, The Weather Channel and NBC Television Stations Group.

Al is a bestselling author with eleven acclaimed books to his credit and his latest book, You Look So Much Better in Person: True Stories of Absurdity and Success, was released on July 28, 2020 but Hachette and to great acclaim. His mystery novel, The Midnight Show Murders (part of a 3-book trilogy) is now a Hallmark Chanel TV movie starring Holly Robinson Peete and Rick Fox.

As an avid social media contributor, Al regularly tweets @AlRoker; shares photos from his travels on Instagram, posts on his website, and talks with his audience on Facebook.