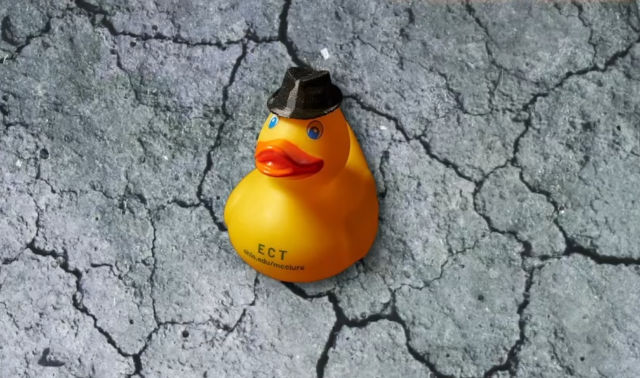 As a retired professor, Hans Kruse has chosen a new hobby to stay connected to the world of information technology. Earlier this week in an interview, we learned how Professor Kruse spends some of his free time. While still being a part of the Ohio University McClure School community, Kruse has also joined the new community of Twitch.

Twitch is a live-streaming platform for gamers and other lifestyle casters to build communities with shared and stream-able content to the public. Twitch streamers broadcast their gameplay or activity by sharing their screen with fans and/or subscribers who can watch them live or watch them as replays. Watching these broadcasts and videos on Twitch is free and does not require viewers to be logged in to watch. However, creating an account allows the viewers to add their favorite streams or channels to a follow list and allows the viewers to participate in the streamer’s unique chatroom function. Some viewers and streamers use the Twitch platform to watch and learn how professional gamers play but Professor Kruse has somewhat of a different approach.

While stating that he does enjoy playing and streaming his own personal gameplay, Professor Kruse utilizes the Twitch platform to stream content and news related to the world of information technology which he calls “Tech Talk Thursday”. Once a week every Thursday beginning at 8pm Eastern Time, “The Ancient One” as Professor Kruse likes to refer to himself as, takes the time to discuss networking, scripting, or game design topics. Some of his latest streams have involved the collaboration of another Twitch stream, “pxslip”, to help with the interesting topic of how modern web applications are built. For example, when logging into websites and media platforms such as Twitch, there is a feature to “Connect with Facebook” or Google, and this type of feature is something Professor Kruse tries to explain. At the start of each week, Professor Kruse will make a post on his Twitter page that gives a preview to what will be discussed in his upcoming Twitch stream. Professor Kruse states “while I love to play and stream my gameplay, I also love staying connect to my small community of information technology”.