20 years in the Industry: ITS Alum Steve Wylie Shares his Journey and Advice 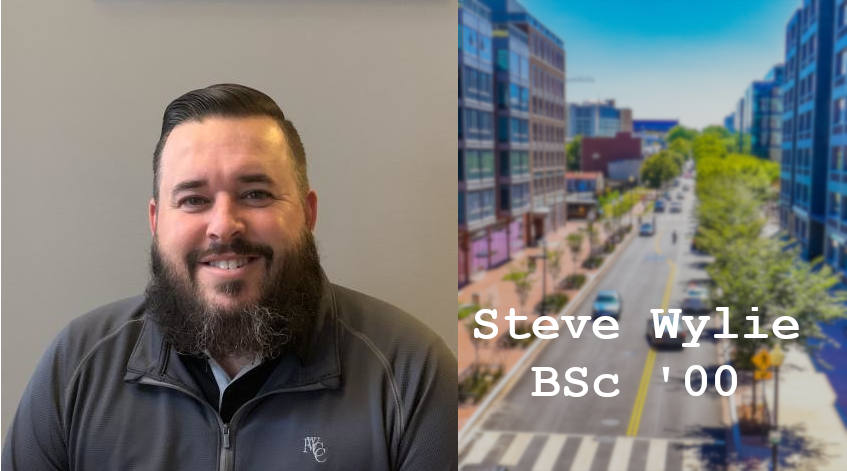 Upon graduation, Wylie was interest in finding an interesting company where he could focus on voice systems. “Back in 2000 companies were still using PBX systems” says Wylie,  “I had done a bunch of PBX work with Nortel and Avaya so I was hoping to do the same for my first job.” Since IT graduates were in demand in 2000, Wylie found himself job a few months before graduation, his fellow grads at the time similarly fortunate. “Obviously as the market shifts and the economy changes, the availability of entry level jobs out of college ebbs and flows,” mentions Wylie, “so I feel very fortunate how things played out in 2000.”

Today, Wylie works for a technology consulting company called Trace3. While the company engages in multiple projects and with a variety of technologies, Wylie sees the most growth in cybersecurity, cloud & automation, and data operations. “My current role is the Senior Vice President and General Manager of Trace3’s large enterprise business in the East which means my team is responsible for selling to and servicing Fortune 750 customers east of the Mississippi,” says Wylie, “in my role I lead a team that consists of account executives, sales engineers, delivery engineers, and project managers and effectively run the overall East Majors business for Trace3.”

In terms of the skills he uses throughout his career, Wylie feels that the entirety of his education at Ohio University gave him vital skills to do what he does today. While of course his classes from the McClure School help him in installing, recommending, and selling technology solutions to his customers, skills he gained from interpersonal communications classes such as writing and presenting also are used throughout his work, among others. “The business classes I took at Ohio University have absolutely helped me both in my earlier days as I learned to map technology solutions to business benefits and especially now as I am running a business for Trace3,” says Wylie, “While much experience has been gained along the way throughout my career, I am extremely thankful for the solid foundation that I feel was built at Ohio University.”

Among the skills he learned, the most important ones to Wylie are communication and relationship building, which he encourages students to hone. Both the educational and social aspects of his time at college have been beneficial in building these skills, Wylie asking current students to not take for granted the opportunities to learn both in and outside of the classroom. “ I’ve worked for five companies since I graduated from OU,” says Wylie, “in each company and with each role my ability to effectively communicate with my teammates and/or customers as well as build meaningful relationships has been exceedingly important.”

When asked about advice that he would give to current and graduating students, Wylie urges students to keep an open mind. “When I was 21 I thought I had it all figured out and thought I knew exactly the type of job I wanted, the relationships that were most important to me, and the roadmap that would surely lead to my success,” says Wylie, “While I am proud of where I am today, it hasn’t come without issues, challenges, and major deviations from the plans I had in my early 20s.” By keeping an open mind and thus exploring experiences that you may assume you will dislike, Wylie feels students will be able to use those well-rounded experiences to better guide their paths. “It’s not always going to be easy,” expresses Wylie, “there will be things that don’t make sense, you will have days where you want to just quit, but know that through the challenges you will become stronger.”

Wylie also encourages students to start building relationships now, suggesting that if you haven’t built up your LinkedIn profile yet, take the time to do that. As a final piece of advice, Wylie warns students about burning bridges and encourages them to stay strong. “Never, ever burn bridges even when you encounter those tough days,” emphasizes Wylie, “Our industry is a small industry and like it or not you’ll cross paths with people numerous times throughout your career.”

The McClure School of Emerging Communication Technologies strives to offer the best academic programs in the IT (Information Technology), the game development and the Virtual Reality/Augmented Reality (VR/AR) industries. Our programs and certificates cover numerous aspects of the rapidly changing industries of information networking, information security, data privacy, game development, digital animation and the academic side of esports