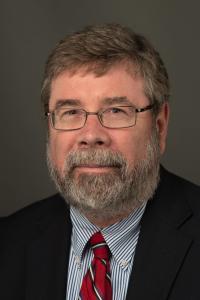 Hugh Martin received his Ph.D. in Mass Media from the College of Communication Arts and Sciences at Michigan State University. He earned his Master of Arts in Mass Communications at the University of South Florida and his Bachelor of Arts in Economics at Indiana University. He was an associate professor at the Grady College of Journalism and Mass Communications at the University of Georgia after serving as an instructor and assistant professor at the university. He also worked as an editor and reporter at The Tampa Tribune, a 275,000-circulation daily, where he supervised reporters covering beats and coordinated local coverage of the Persian Gulf War and Super Bowl XXV. Hugh wrote the chapter "Clustering media operations: Rationales and managerial challenges" in Media Product Portfolios: Issues in Management of Multiple Products and Services (Mahwah, NJ: Lawrence Erlbaum, 2005). He has had a number of journal articles published including "The impact of internal labor markets on newspaper industry personnel practices" (2007) and "Change and stability in the newspaper industry’s journalistic labor markets" (2004) in The International Journal on Media Management. In Journalism & Mass Media Quarterly, his co-authored, published articles include "An industry in transition: Entry & exit in daily newspaper markets" (2006), "Ownership barriers to entry in non-metropolitan daily newspaper markets" (2004) and "Sample size for newspaper content analysis in multi-year studies" (2001).