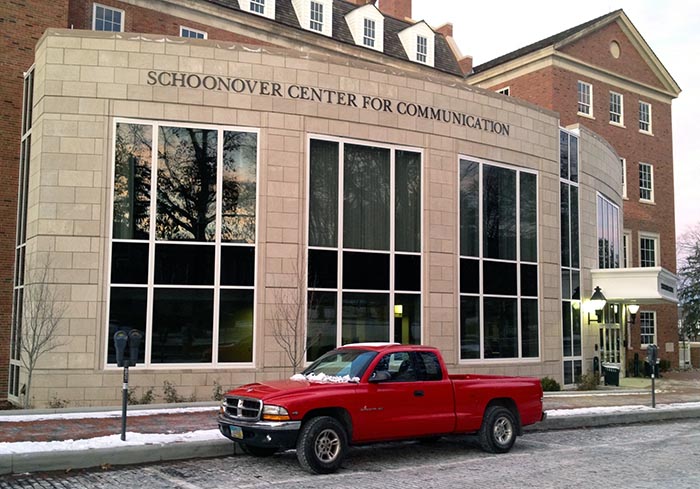 The building was completely renovated and expanded to include an atrium in 1985. Renamed "Scripps Hall," the E.W. Scripps School of Journalism moved into the building in January, 1986. The building has been renovated and now houses the GRID Lab, the Journalism Capstone Lab, Forensics, and other ancillary units of the Scripps College of Communication.

Sing Tao Center was built in 1996, and is named in honor of the Sing Tao Publishing Company of Hong Kong, China. The building houses a seminar room, a conference room, and faculty offices.

The Radio-Television Building was completed in 1970. The building's seven floors house classrooms, faculty and staff offices, television and radio studios, an auditorium theater, a newsroom and broadcast facilities (see below).