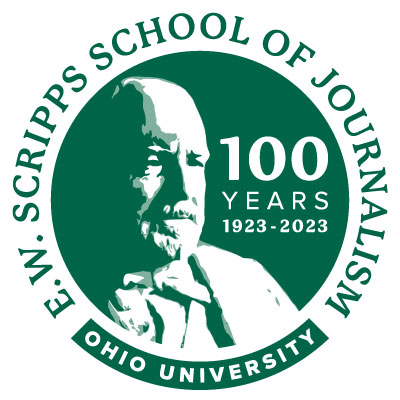 From a river valley in Appalachian Ohio to the global stage: One hundred years of hands-on education, practical experience and intellectual exploration.

How It Began:
•  1923 – English professor and Ohio University alumnus Raymond Slutz offers the University’s first journalism courses.
•  1924 – The new Department of Journalism, part of the College of Liberal Arts, hires George Starr Lasher as director. The program offers courses in news reporting, news editing and magazine writing.
•  1925 – Journalism students begin taking elective courses in which they report and edit copy for The Athens Messenger.
•  1936 – The School of Journalism —created as part of the College of Commerce (now the College of Business)— is housed on the first floor of Ewing Hall.

It's a party, and you're invited! The E.W. Scripps School of Journalism is celebrating its centennial year with a roster featuring some of the world's best investigative reporters, a symposium featuring top-tier recent alumni, a celebration of the school's contributions to foreign correspondence, a ceremony honoring alumni who have won journalism's top awards, and an exhibit to commemorate the founding of the E.W. Scripps Co. and its contributions to journalism. Check back often to see the monthly alumni video series and to get details on upcoming events. See, hear and share J-celebrations using #scrippsschool100 on Twitter. 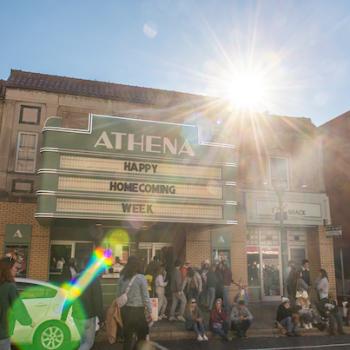 Join us for Homecoming this fall, as we celebrate 100 years of award-winning work by E.W. Scripps School of Journalism alumni. Explore exhibits that detail the historic and world-changing reportage produced by journalists who started their careers at OHIO and the impact on journalism by the company founded by Edward Willis Scripps, the journalism school's namesake. You'll also have the opportunity to hear from guest speakers, attend presentations and connect with other alumni. We hope to see you there!

Platforms change, but good journalism must remain. With reporters and producers on campus and in classes, this event will bring a historic journalistic achievement to campus.

The largest investigation in journalism history, the Pandora Papers exposes a shadow financial system that benefits the world’s most rich and powerful. The International Consortium of Investigative Journalists spent two years sifting through 12 million confidential files and coordinating a team of 600 journalists from 117 countries.

The award-winning reporting not only uncovered the offshore financial maneuvers of hundreds of politicians, billionaires, tycoons, oligarchs and criminals from around the world, but it also revealed the contours of an elite industry dedicated to maintaining the modern offshore system, giving rise to popular new harbors for financial secrecy such as the United States and Dubai. The project also explores how this shadow economy takes a global toll beyond lost tax revenue — harming everyday people and the public interest in often unexpected ways. 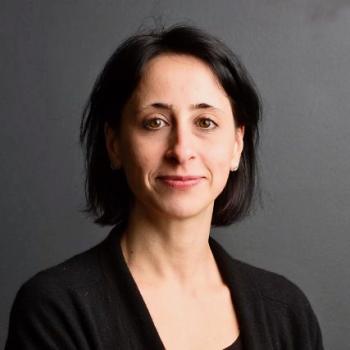 Scilla Alecci is an investigative reporter and video journalist for the International Consortium of Investigative Journalists. She is also partnership coordinator for Asia and Europe. A native of Italy, before coming to the U.S., Alecci was based in Tokyo where she worked for Bloomberg News and other news organizations. In 2016, Alecci was a member of the Japanese reporting team that took part in the Pulitzer Prize-winning Panama Papers investigation.

Her work has been published by The New York Times, the Huffington Post, the Japanese magazine Shukan Asahi and others. Alecci holds master's degrees in East Asian studies and journalism and has published a book in Japanese about the Panama Papers and the new frontiers of investigative journalism. In addition to being a reporter with ICIJ, she was invited to become an ICIJ member in 2017. 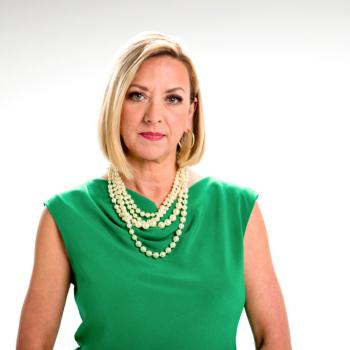 Ziva Branstetter has been a senior editor at ProPublica since March 2022, supervising a team of national investigative reporters. She previously served as corporate accountability editor at The Washington Post and led projects there including the Post’s award-winning Pandora Papers collaboration with the International Consortium of Investigative Journalists. Branstetter was an editor at Reveal and co-founded The Frontier, an investigative newsroom in Oklahoma. Before that, she spent more than 20 years as a reporter and editor at the Tulsa World.

Branstetter has reported and edited investigations that resulted in the indictment of a seven-term sheriff, the dismissal of an entire state board, criminal charges against a state lawmaker, exonerations of wrongfully convicted people and new laws to prevent labor abuses and offshore tax evasion. Her investigation into Oklahoma’s flawed death penalty process was named a finalist for the Pulitzer Prize in 2015. Work she has edited has also received awards from IRE, the Overseas Press Club, Scripps Howard and the White House Correspondents’ Association. Branstetter served three terms on the board of Investigative Reporters and Editors Inc. She and her husband, who live in Oklahoma, have two adult sons and one grandson. 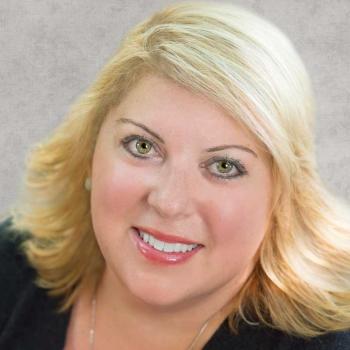 Debbie Cenziper is an investigative reporter at ProPublica who spent more than a decade on the investigative team at The Washington Post. She joined the Post’s investigative staff in 2007 after spending nearly 15 years at the Miami Herald and the Charlotte Observer. Cenziper received the 2007 Pulitzer Prize for local reporting for her year-long investigation of housing corruption in Miami, which led to the convictions of several developers and to a federal takeover of the Miami-Dade County housing agency.

In 2006, she was named a Pulitzer finalist in explanatory reporting for her series exposing breakdowns in the nation’s hurricane warning system. At the Post, she has reported on local nonprofit groups that failed to provide services for people with AIDS and the U.S. Department of Housing and Urban Development's troubled housing-construction program for the poor, which led to changes in federal law. Other honors and awards include: American Society of Newspaper Editors, local accountability award, 2014; Robert F. Kennedy Award for Human Rights, 2014; Harvard University's Goldsmith Prize for Investigative Reporting, grand prize, 2009; Heywood Broun award for substantial distinction, 2009; George Polk Award for Metropolitan Reporting, 2008; Sigma Delta Chi award for investigative reporting, 2007; Harry Chapin award for reporting on hunger and poverty; Investigative Reporters and Editors Award, winner, 2004; Florida Society of Newspaper Editors, gold medal for public service, 2005, 2006, 2007; and Investigative Reporters and Editors, book award finalist, 2019.

Cenziper grew up in Philadelphia and graduated from the University of Florida in 1992 with a bachelor’s degree in journalism. She is the author of two nonfiction books: “Love Wins: The Lovers and Lawyers Who Fought the Landmark Case for Marriage Equality" (William Morrow, 2016) and "Citizen 865: The Hunt for Hitler's Hidden Soldiers in America" (Hachette, 2019). She teaches investigative reporting at Northwestern University and is a member of Investigative Reporters and Editors. 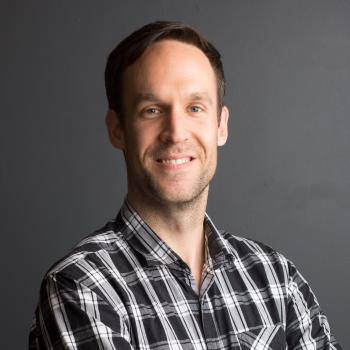 Will Fitzgibbon is a senior reporter for the International Consortium of Investigative Journalists. He is also ICIJ's Africa and Middle East partnership coordinator. Fitzgibbon joined ICIJ in 2014 and coordinated the Fatal Extraction investigation that examined the impact of Australian mining companies in Africa. It remains one of the largest pan-African collaborations of journalists. He has reported on ICIJ projects about West Africa Leaks, Paradise Papers and Panama Papers.

Before coming to Washington, Fitzgibbon worked at The Bureau of Investigative Journalism in London where his work on politics, the finance industry and housing appeared in The Guardian and The Observer. He studied at the London School of Economics, Sciences-Po Paris and The Australian National University.

You — students, alumni, supporters and friends — help the E.W. Scripps School of Journalism remain one of the top 10 journalism schools in the country.

The school invites you to participate in this centennial and the next 100 years by donating to an Ohio University Foundation account to support student scholarships or experiential learning opportunities.

The school has designated two scholarship accounts for centennial contributions:

Those who want to support the journalism operating fund, which is used to bring top-level industry leaders to campus and to provide experiential learning opportunities to students, are invited to donate to the E.W. Scripps School of Journalism fund. Click the "donate" button to be redirected to the secure giving form. The fund will automatically load into the second box.

Thank you. The E.W. Scripps School of Journalism invites you to visit any time.

E.W. Scripps School of Journalism alums have been shaping the world for 100 years. In this edition of Alumni Voices, Allyson Woellert shares about her time at the school. Check out the YouTube playlist to hear from more alumni.
Watch More Alumni Videos