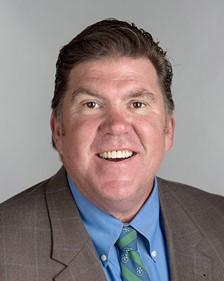 Matt Cacciato brings 23 years of experience from the cable sports television industry to Ohio University's distinguished Department of Sports Administration. He began his career in New York City with PK Network Communications working on a variety of cable television network accounts. From there he went on to SportsChannel New York as Manager, Affiliate Sales & Marketing before moving to ESPN in Los Angeles as a Sr. Account Executive in Affiliate Sales. After 15 months he was promoted to ESPN's Bristol, CT headquarters as Director of Affiliate Sales & Marketing for the Northeast region. Matt returned to Los Angeles after Disney's purchase of ESPN to run their West region, and work on the company's plans for a regional sports network. Soon thereafter he was recruited to join Fox Cable Networks as Vice President, Western region, where he spent 5 successful years. in 2004 Matt moved onto the Yankees Sports & Entertainment Network, better know as YES Network, where he served as Sr. VP for Distribution through 2011. Matt then founded and ran American Education Television Network for 6 years, and recently completed the sale of the company. He joined O.U. as an adjunct in 2016 then accepted a full time position as a Lecturer in August of 2017. Matt recently added Executive in Residence and Director, Masters of Sports Administration Program to his responsibilities. He serves on the Foundation Board of Recreation Unlimited, and co-founded Blue Beautiful Skies, a non-profit focused on raising awareness and funding for lung cancer research.