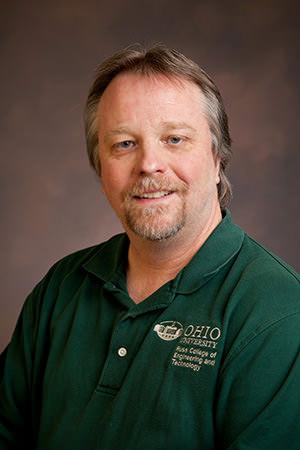 During his time at Ohio University, Robert Williams has worked two summers at NASA Kennedy Space Center and Wright-Patterson Air Force Base. During his 2002-2003 sabbatical, he worked for the NIST Intelligent Systems Division in Gaithersburg, Maryland. He also worked at NASA Langley Research Center as a space roboticist for five years. Williams has published 36 journal articles and more than 100 conference papers in dynamics, control, robotics and haptics. He is a reviewer for many journals including ASME and IEEE journals. He has been principal investigator on externally funded projects totaling more than $3 million.

Something you may not know about me: Williams plays guitar, bass and sings in 2 rock bands