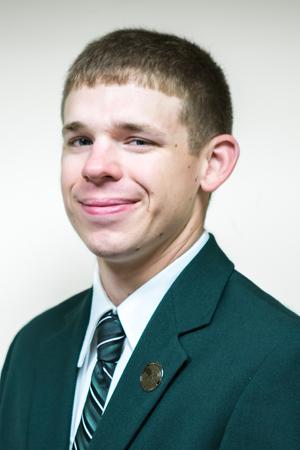 Steve came to Ohio University because of its proximity to home but grew to love it because of the atmosphere. He found his passion within the Russ College of Engineering and Technology in the Engineering Technology and Management program. Here, he has been learning about everything in manufacturing from preliminary design to quality control.

Steve is not only a college student, but is also an Army Reserve Officer Training Corps (ROTC) Cadet, meaning he will commission as a second lieutenant after graduation. Between school and ROTC, Steve also balances being the president of the Ohio University chapter of the Society of Manufacturing Engineers.

The past two summers Steve has worked as an intern at Ludowici Roof Tile, designing new machines to be used for production and improving current machines. In his free time, Steve enjoys restoring antique trucks and farm machinery, which he has been doing for the past eight years.