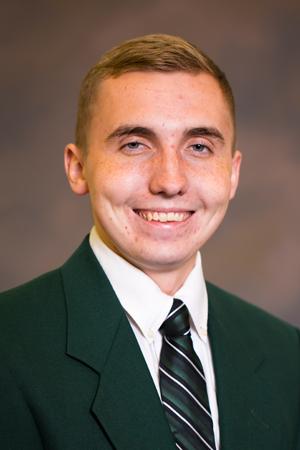 Sean was born and raised in Dayton, Ohio. As a kid with two brothers and a very active family, he always loved exploring and building things. In high school, he didn’t know what he wanted to pursue for a degree, but when his physics teacher saw his love for the outdoors and science, he directed Sean toward engineering.

Ohio University fit his interests because OHIO is a very active campus and has a small school feel with a big school impact. The civil engineering program in the Russ College is small but dedicated to students, which is another reason why he chose to attend.

Sean also had a desire to serve his country in the military, so he joined Air Force ROTC Detachment 650. He is currently the Cadet Wing Commander for Detachment 650, and he hopes to commission as a civil engineering officer in the Air Force after graduation.

In addition, Sean is also president of Chi Epsilon civil engineering honorary society and is involved in the American Society of Civil Engineers.