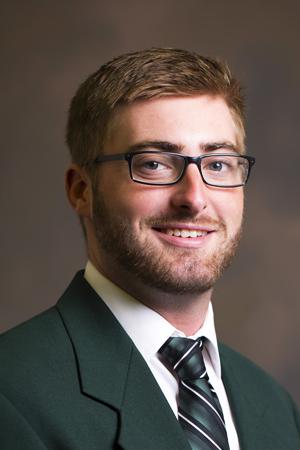 Robert has a large family with three siblings and is from a very small town in northwest Ohio, where he graduated with only 66 people in his high school class. That’s how he knew Ohio University, with its small town feel and bigger college appearance, was the right place for him. Robert began his higher education journey in the fall of 2013 excited for the future that awaited.

Outside of classes and Engineering Ambassadors, Robert’s involved in many things. He’s the president of the American Society of Civil Engineers, in which he also participates in both the surveying and concrete canoe teams. He’s also involved with the Ohio University Civil Engineering Estimating Team and Theta Tau, and works part time for the Department of Housing and Residence Life as a housing ambassador coordinator.