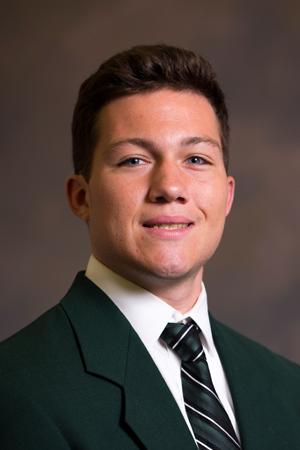 While touring colleges in 2012, Kevin fell in love with Ohio University. Being nearly four hours away from home, Kevin loved taking on the challenge of branching out, meeting new people, and building relationships that would last a lifetime. In 2013, he came into college as an industrial and systems engineering major, and his passion for the field has grown every day since.

Outside of class, Kevin’s a member of Institute of Industrial and Systems Engineering. He’s also a member of the Robe Leadership Institute, in which he hopes to become a better leader in and out of the classroom. He’s also involved in many intramural sports with his classmates and friends.

In his free time, Kevin enjoys playing and watching sports. He likes to bring that competitive attitude to the classroom. He also likes to travel to enjoy new experiences around the country and world.