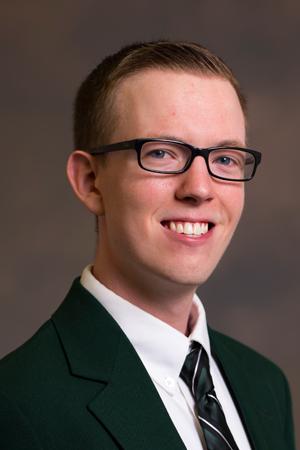 Jacob is from Lancaster, Ohio, but went to school in the small town of Baltimore, Ohio, with his older brother. Originally, Jacob said he was going to Ohio University as a joke to his brother, who was a die-hard Miami University student at the time. However, Jacob quickly took a genuine interest in the school’s many merits, and upon seeing the engineering labs on his tour, he knew it would become his home.

Apart from his classes, Jacob has become very involved with organizations at Ohio University. He’s active in CRU and served on the Wilson Hall Council for two years. Jacob’s also a member of the Society of Manufacturing Engineers and the Society of Leadership and Success, and has earned the Foundations and 21st Century Leadership certificates. Recently, he was elected vice president of Epsilon Pi Tau, the engineering technology and management honor society.

You can also find Jacob running the 3D printers as the additive manufacturing engineer for the ETM department.