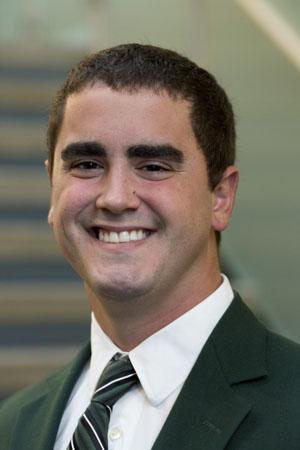 Eric transferred to Ohio University his junior year. Transitioning from being a Wooster Fighting Scot to an Ohio Bobcat was a difficult decision to make, but it has been well worth it. After spending two years taking heavily theory-based courses, he wanted to take a more “hands-on” approach to education and chose Engineering Technology and Management as his major.

In addition to serving as an Engineering Ambassador, Eric is the Treasurer for Epsilon Pi Tau (EPT) and is the student representative for the Association of Technology, Management, and Applied Engineering (ATMAE) accreditation process for the ETM major.

Outside of school, he enjoys doing anything outdoors including fishing, hunting, and hiking.