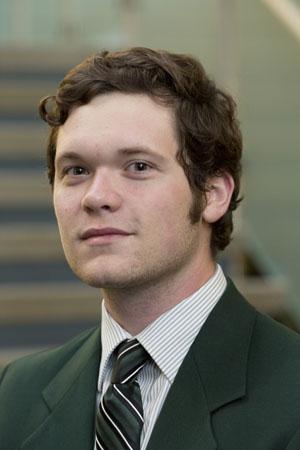 Daron chose to attend Ohio University because of its beautiful campus and tight-knit student community. Originally he came to OU as an audio production student in hopes to develop a career in the music industry following graduation. During his time as an audio student, he discovered that his true interest was in the technical aspects behind audio technology and decided to double major in electrical engineering to further develop his fundamental technical knowledge.

Outside of his studies, Daron plays in a Columbus-based, alternative rock band and is also employed as a live sound operator and production staff member through Ohio University Event Services. He has worked on many notable campus performances including The Goo Goo Dolls, Ben Folds, Darius Rucker, and over a dozen Broadway productions.