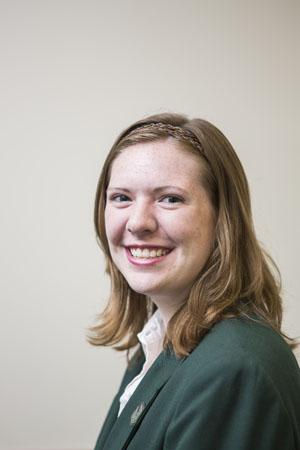 Because she loved her high school chemistry, physics, and calculus classes, Courtney chose to major in chemical engineering. She selected Ohio University after observing the close-knit relationship between the professors and engineering students during her visits to campus.

Courtney worked as a co-op for DuPont Washington Works in Parkersburg, West Virginia in the Teflon area for about 16 months from June 2012 to August 2014. Courtney hopes to return to DuPont following graduation.

In addition to being an Engineering Ambassador, Courtney is currently president of American Institute of Chemical Engineers, recording secretary of Tau Beta Pi, and a member of Society of Women Engineers. She is also a Robe Leadership Institute Scholar. In the past, she served as a peer-led team learning mentor for the general chemistry series.