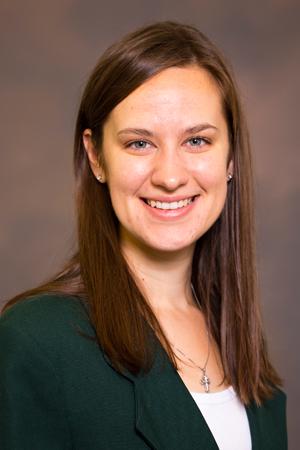 Cami grew up in Beavercreek, a bustling suburb of Dayton, Ohio. Though she wasn’t quite sure what to expect from small-town Athens, it didn’t take long for her to come to appreciate the beauty of the close-knit community in and around Ohio University’s main campus.

Having entered the Russ College of Engineering and Technology as an undecided engineering major, she truly feels that industrial and systems engineering chose her, rather than the other way around. Through the involvement opportunities offered within the first few months of classes, she came to the realization that industrial engineering would best combine her social personality and technical interests to allow her to help people in innovative ways.

In addition to serving as an Engineering Ambassador, Cami holds leadership positions in the Ohio University campus chapters of both the Institute of Industrial and Systems Engineers and the Orthodox Christian Fellowship. She has also completed industrial engineering internships with Kettering Health Network, General Mills Inc., The Walt Disney Company, and UPS.