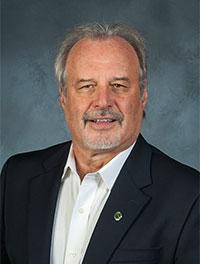 Dr. Kopchick, the Milton and Lawrence H. Goll Eminent Scholar, is the university’s 2012 Distinguished Professor. Kopchick is known internationally for his 1989 discovery of a compound that became the basis for a drug that treats acromegaly, a disorder that can cause excessive growth of organs and bones, and can lead to premature death. The treatment has improved thousands of lives and has earned substantial royalties that support Ohio University research programs. In January, the Heritage College of Osteopathic Medicine announced that it would endow a research chair in honor of Kopchick.