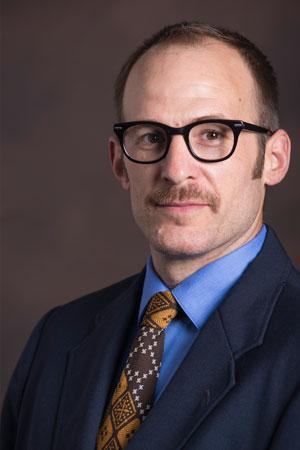 Thomas “Joey” Boyle began his career at Ohio University in 1998 as an undergraduate student in Industrial Technology. After wrapping up his class work in 2002, he worked various service industry jobs until 2005, when he was hired by Global Cooling Inc. in Athens, Ohio, as a technician. While working there, he was able to work on Stirling engines for various high-tech cooling applications. He excelled in the machine shop, working with great engineering minds to develop new technology and build production lines. In the eight years he spent there, he watched the company grow many times over and increased his own knowledge and understanding of engineering concepts.

Working as college technician, his day-to-day activities are quite varied. He manages two machine shops: one for his own use to support student and faculty work, and the other an open shop for students and faculty to use with his help. Joey supports student groups like mechanical engineering’s human-powered vehicle competition (HPVC) team, civil engineering’s steel bridge team, and mechanical engineering’s Baja teams. He has worked very closely with the human powered vehicle team over the last 5 years and they have performed well, placing in the top 3 teams for three years straight and finally winning the championship at the East coast competition in April 2019. In 2018, he received the Russ College outstanding employee award.