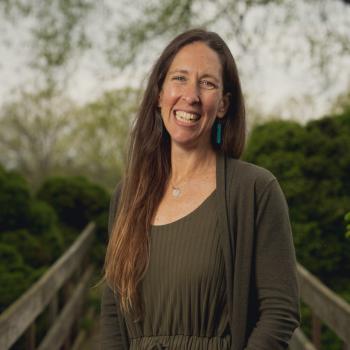 Jessica Kopelwitz started out her career at National City Bank in 1999 as an Internal Auditor after graduating from Ohio University with a degree in finance and business economics. Her job took her to Cleveland where she fell in love with the city and the lake.  Jessica studied for her Master’s in Business Administration at the Weatherhead School of Management at Case Western University and found a love for the entrepreneurship side of business. Jessica began working weekends at a small bakery, and at a franchise bagel shop to learn more about how to run a restaurant.

Needless to say, Jessica found her passion for the restaurant industry and small business here. Jessica and her new husband Jason, also a graduate of Ohio University, decided to make a move to further their careers after Jessica was approached by a new company in New York. After a short stint in Buffalo, NY, working for a startup technology company as an inside sales consultant, Jessica and Jason moved back to Cleveland where Jessica began her journey into small business.

Jessica worked for three small business owners, ranging from a one-man bakery, to a large commercial bakery, where she was put in charge of the day-to-day operations, to a small farm to table restaurant which was featured on Diners, Drive-Ins and Dives.  These experiences allowed Jessica to see the challenges firsthand of running a restaurant.

Jessica and Jason decided to move back to Athens to jump into the world of small business once Jessica’s sister and brother-in-law started a full-scale sustainable farm, Starline Organics, and Jason went to work with some friends who had purchased O’Hooley’s, now Jackie O’s. Jessica began baking out of her sister’s kitchen on the farm when she wasn’t helping with the daily chores. Jason began brewing with Jackie O’s and helping to grow the brewery. Jessica started selling brownies and some other specialty bakery to local coffee shops, and Fluff Bakery was born.

Fluff Bakery was started in Fall 2010 after much sweat and tears in Uptown Athens and has been a staple ever since. It has grown to be a seven-day-a-week operation with a full kitchen and a staff of ten people. In late summer 2015, Jessica and Jason welcomed their best project yet, Harry Kopelwitz. Fluff continues to flourish and is now navigating the new world of restaurant operations. In the midst of the COVID-19 outbreak, Jessica was hired by the Small Business Development Center to assist other small business owners who were experiencing their own challenges and struggles. Jessica is so honored to be a part of such a great organization and team.