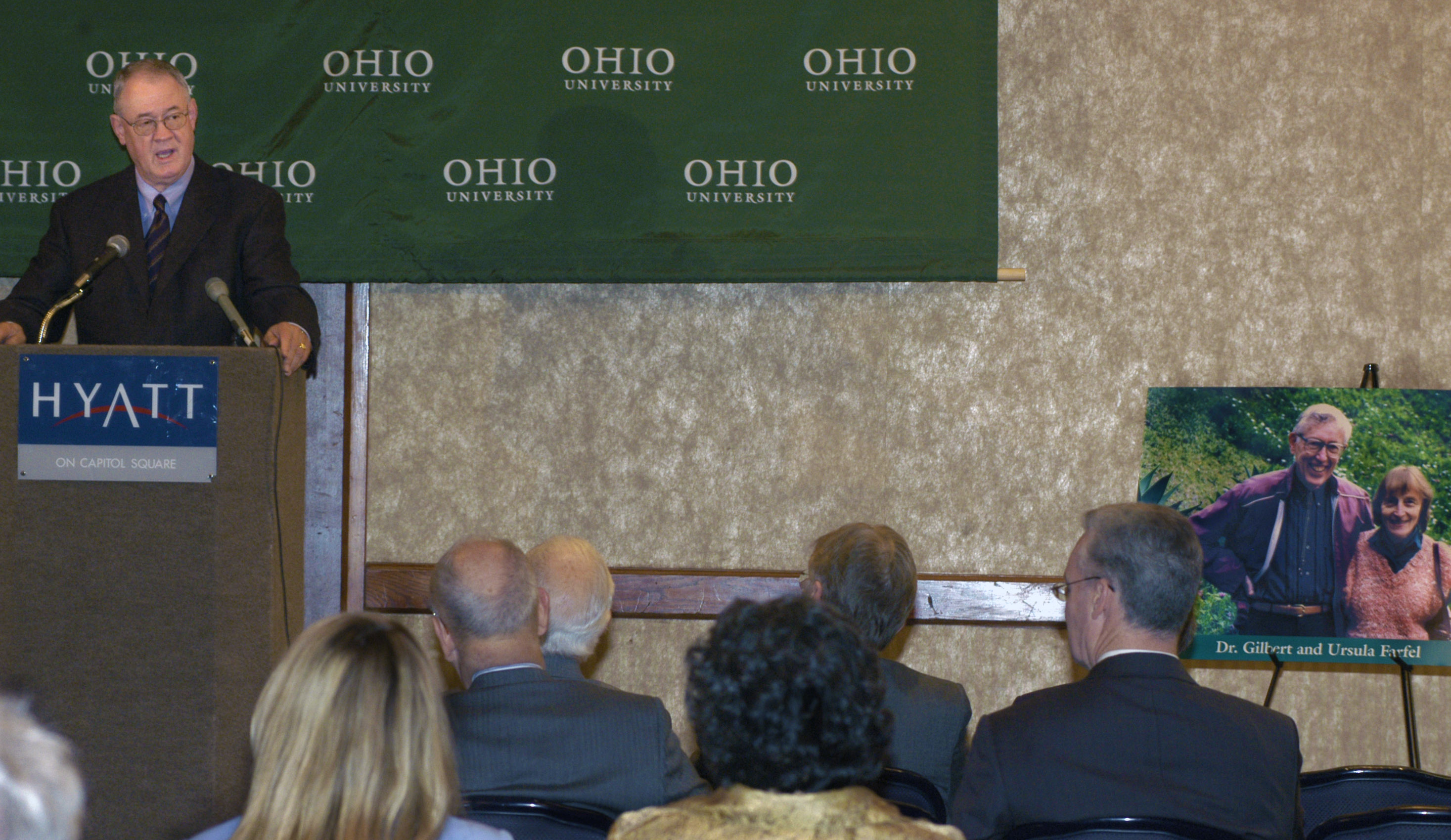 Note: As of 2020, this prize—for the first time—recognized both national and international reporting.

The 68th Scripps Howard Awards honored the best of 2020 journalism with a virtual show on April 21.

Craig Whitlock, of the Washington Post, was the recipient of the 2019 prize for "The Afghanistan Papers: A Secret History of the War," which detailed a behind-the-scenes assessment of the Afghanistan War.

The reporting team at Reuters won the 2018 award for "Myanmar Burning," covering the expulsion of Rohingya Muslims in Myanmar.

The reporting team at the New York Times received the 2017 award for “Harassed,” the catalyst for an ongoing reckoning about sexual harassment and abuse, secret settlements and lack of accountability.

The reporting team at the Atlanta Journal-Constitution received the 2016 award for “Doctors & Sex Abuse,” an investigation into tolerance of sexual abuse by physicians nationwide based on the discovery that, in two-thirds of sexual abuse cases, Georgia doctors were allowed to keep their medical licenses.

The reporting team at BuzzFeed received the 2015 award for "Fostering Profits," an investigation that identified deaths, sex abuse, and blunders in screening, training and overseeing foster parents at the nation's largest for-profit foster care company.

A reporting team at Arizona Republic won the 2014 award for its series “Scandal at the VA,” which uncovered mismanagement at the Department of Veterans Affairs and led to reforms that will improve service to ailing veterans.

The Milwaukee Journal Sentinel was the 2013 winner of the prize for its series “Deadly Delays,” which uncovered mismanagement of infant blood tests at hospitals nationwide.

The 2012 winner was Spencer S. Hsu, of The Washington Post, for his series "Forensic Science." Hsu exposed the Justice Department's use of flawed forensic science in more than 20,000 criminal cases, culminating in two men being declared innocent and new investigations by Congress and the FBI.

The 2011 winners were Danny Hakim and Russell Buettner, of The New York Times, for their series “Abused and Used.” Their year-long investigation of more than 2,000 state-run homes for the developmentally disabled has led to much-needed reforms and added oversight.

The 2010 winners were Marshall Allen and Alex Richards, of the Las Vegas Sun, for their five-part series “Do No Harm: Hospital Care in Las Vegas,” which lifted the veil of secrecy around widespread medical errors and infections contracted at local hospitals.

The 2009 winners were Barbara Laker and Wendy Ruderman of the Philadelphia for “Tainted Justice,” which exposed routine abuse by police of people without the means to defend themselves.

The 2008 winners of the prize were Rob Barry, Jack Dolan and Matthew Haggman of The Miami Herald. In a six-part series entitled “Borrowers Betrayed,” these three reporters and editor Mike Sallah exposed more than 10,000 mortage brokers with financial crime convictions who had been selling mortgages for Miami condos since 2000.

The 2007 winners of the prize are Walt Bogdanich and Jake Hooker of The New York Times for their series on a “toxic pipeline” of diethylene glycol across four continents, which prompted regulatory responses.

The 2006 winners of the Prize were Charles Forelle, James Bandler, Mark Maremont and Steve Stecklow of The Wall Street Journal for their series on questionable stock-option practices of corporate executives.

For its four-part series “Guardians for Profit,” The Los Angeles Times reporting team of Robin Fields, Evelyn Larrubia and Jack Leonard won the 2005 Farfel Prize. Their series examined the work of California ‘s conservators – professional guardians who manage the affairs and assets of older adults –and uncovered abuse of older citizens by those charged with their protection.

The winners of the inaugural award were staffers from The Asbury Park Press for their 38-page, eight-part series "Profiting from Public Service." The joint investigation by the Asbury Park Press and six other Gannett New Jersey newspapers found that those who made the laws in Trenton had systematically changed and exploited the rules to ensure that they and their friends would reap the spoils of victory under the guise of public service. The prize was accepted by Paul D’Ambrosio and Richard “Skip” Haliday.