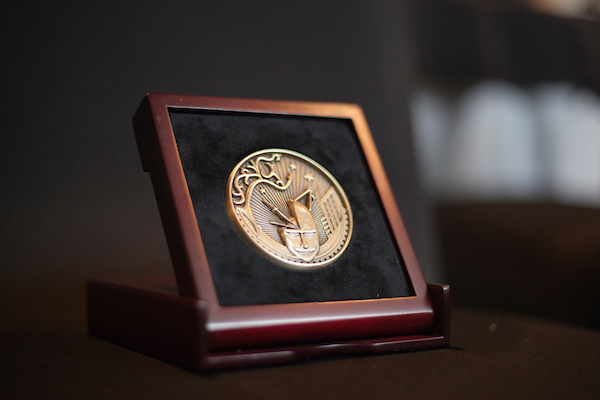 The award is named for Wilfred Konneker, an Ohio University alumnus with a distinguished record in research and entrepreneurship. He received his bachelor's degree in chemistry in 1943 and his master's degree in physics and astronomy in 1947. He received a doctoral degree in nuclear physics from Washington University in 1950.

Konneker founded the Nuclear Consultants Corporation in St. Louis, Missouri, and either founded or co-founded six additional high-tech start-up companies. The alumnus was instrumental in the establishment of Ohio University's small business incubator, the Innovation Center, as well as the university biotechnology spin-off company Diagnostic Hybrids, Inc. He was one of the principle architects of the Cutler Scholars program. The research laboratories housing the Edison Biotechnology Institute at the Ridges were named in his honor to recognize his leadership and service. The Konneker Alumni Center also was named for the alumnus and his wife, Ann Lee. Konneker was a member of the Ohio University Foundation Board of Trustees.

Nominations should consist of a letter and an optional appendix of supporting documentation. Entries should address, and will be judged by the degree to which they establish, a record of demonstrated excellence in innovation, invention, commercialization and entrepreneurship by the nominee. Submissions should be sent electronically to Joseph Shields, vice president for research and creative activity, at research@ohio.edu.

The selection committee, which is chaired by the vice president, will include the director of the Technology Transfer Office, one dean and two faculty members. The committee will make its selection by Dec. 1. Up to three awards may be given per year. The Konneker Medal will be presented to the 2020 recipient(s) in February 2021.

Previous Recipients and News about the Konneker Medal 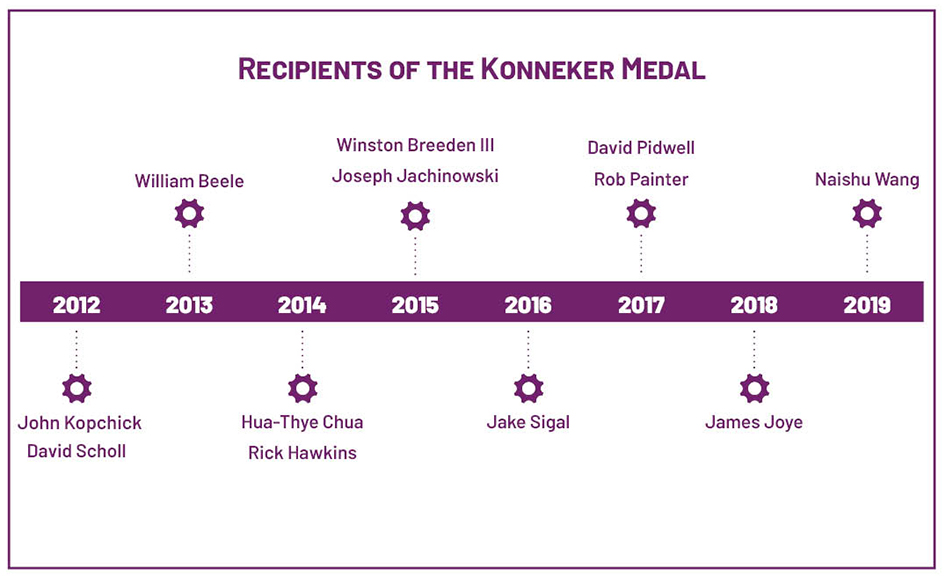