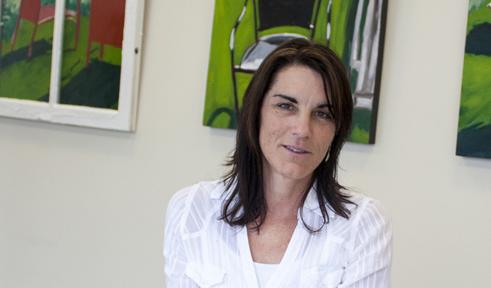 Julie Anne White is Professor of Political Science and a core faculty in Women’s, Gender, and Sexuality Studies. Dr. White received her A.B. from Barnard College, Columbia University and her Ph.D. from the University of Wisconsin-Madison.

Her primary training is in the field of political theory. Her work has focused specifically on the ethics and politics of care-work and she is the author of Democracy, Justice and the Welfare State: Reconstructing Public Care (Penn State, 2000) and contributor to Care Ethics and Political Theory (Oxford, 2015). Article length work has appeared in the Journal of Politics, Affilia, Law and Social Inquiry, and Gender and Politics.

Courses she teaches include Introduction to Women’s, Gender, and Sexuality Studies, Introduction to Political Theory, Feminist Theory, Democratic Theory, and Ethics and Public Policy. She works with Dr. Brian Collins in Classics & World Religions to offer an India-based study abroad experience at the Gawande College.