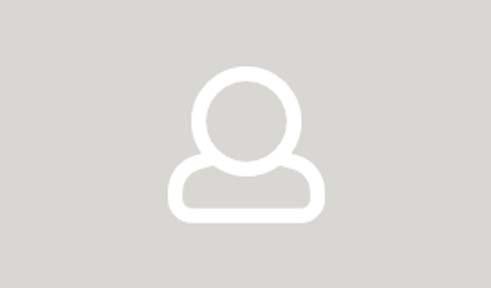 “David Armstrong and the Denial of Probabilistic Laws”, Proceedings of the Ohio Philosophical Association (2008).

“Neither Universals Nor Nominalism: Kinds and the Problem of Universals”, Metaphysica: International Journal for Ontology and Metaphysics (2003), No.1.

“Virtue Epistemology and The Gettier Problem”, The Southern Journal of Philosophy (2000) Volume XXXVIII, No.2.

“David Armstrong on Instantiation: A Difference That Makes a Difference”, The Southern Journal of Philosophy (1998) Volume XXXVI, No.4.

“Neither Universals Nor Nominalism: Kinds and the Problem of Universals”, Auburn University, Auburn, Alabama, March 1998.

A Panel on the Metaphysics of Death, sponsored by the Auburn University Department of Philosophy, Auburn, Alabama, April 1999.

A Panel on The Morality of Homosexuality, sponsored by the Auburn University Office of Religious Affairs, Auburn, Alabama, April 1998.

Review of Fundamental Methods of Logic by Matthew Knachel written for the Open Textbook Library at University of Minnesota, Winter 2017.

Commented on “Wittgenstein’s Missing Argument and the Role of Linguistic Use in the Tractatus Logico-Philosophicus” by Deborah Smith, The Ohio Philosophical Association, Ohio Northern University, April 2003.

Nominated and selected for inclusion in Who’s Who Among America’s Teachers, 2004.

Nominated and selected for inclusion in Who’s Who Among America’s Teachers, 2002.

William H. Fink Award, second prize, for excellence in a philosophy paper for “The Way of Exemplification”, June 1997.

Fundamentals of Philosophy – A survey course covering topics within the history of philosophy, metaphysics, philosophy of religion, ethics, and social and political philosophy

Introduction to Ethics – A survey course introducing the major ethical theories as well as the following applied issues in ethics: the justification of punishment, our moral responsibilities to the world’s poor and starving, and abortion.

Business Ethics – A course on moral issues in business, including the consideration of corporate responsibilities to shareholders and stakeholders, sexual harassment and the implementation of policies to combat it, sexual and racial discrimination, and privacy,

Moral Problems in Medicine – A course on moral issues in medicine, including the consideration of autonomy and patient rights, informed consent, access to healthcare, and genetic therapies and enhancement.

Environmental Ethics – A course on moral issues arising in connection with the environment, including the consideration of factory farming, an ethical diet, global climate change, sustainability, animal rights, population growth, and pollution.

Social and Political Philosophy – A course on major social and political theories including the consideration of the justification of the state, the distribution of goods within a society, social justice, paternalism, and discrimination.

Philosophy of Science Survey – A course on major theories within the philosophy of science, including consideration of the scientific method, theories of scientific explanation, confirmation and falsification, realism and anti-realism, and feminist critiques of science.

History of Western Philosophy: Ancient - A course on the history of ancient Greek philosophy, including consideration of the Pre-Socratic philosophers, Plato, and Aristotle.

Philosophy of Religion – A course on western philosophy of religion within the monotheistic tradition, including consideration of arguments both for and against God’s existence, the rationality of religious belief, mysticism, and whether religion conflict with science.

The Metaphysics of Death – A course on issues regarding death and dying, including definitions of death, historical treatments of death, arguments for and against an afterlife, and whether death is something to be feared. (offered as an independent study)

Symbolic Logic – An upper level course in deductive logic, including the consideration of both the propositional and the predicate logic and the proof systems of each.

Philosophy of Love and Sex – a course on philosophical issues regarding sex and love, including the consideration of historical treatments of love, feminism, defining perversity, homosexuality, prostitution, pornography, sexual discrimination, and sexual violence.

Research for Technical and Applied Studies (TAS 3210) – A course to aid students as they prepare to embark on their capstone project by serving as an overview of research methods emphasizing the critical skills necessary to interpreting and conveying research results and the basics of research construction. (I offered this when it was listed as TAS 321)