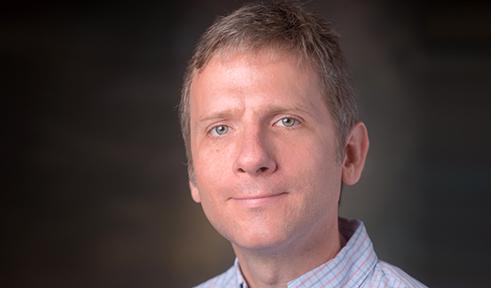 Vincent Jungkunz is Associate Professor of Political Science, Provost-awarded Transformative Faculty Member, Dean’s Outstanding Teacher, and University Professor at Ohio University. He teaches a wide range of courses on Critical Race Theory, Democratic Theory, Law and Society, Political Theory and American Politics including: “American Whiteness,” “The Politics of Race,” “Critical Race Theory,” “Race, Violence, and Human Security,” “The Politics of Visibility,” “Politics and Film,” “Democratic Theory,” “Resistance, Reform, and Revolution,” “The Politics of Rights,” “Politics in the United States,” and “Introduction to Political Theory.” Vince’s writing has appeared in some of the top journals in political science and political theory; including “Deliberate Silences” in Journal of Public Deliberation; “Ignorance, Innocence, and Democratic Responsibility: Seeing Race, Hearing Racism” in Journal of Politics; “The Promise of Democratic Silences” in New Political Science; and “Dismantling Whiteness” in Contemporary Political Theory. He is co-author of the edited volume, Political Theory and the Animal/Human Relationship, in which he has a chapter titled “The Silence of the Lambs.” He is author of the chapter “Dialogic Politics and the End of Democracy” in Challenges to Democratic Participation: Antipolitics, Deliberative Democracy, and Pluralism. His forthcoming book, Engaging Political Theory: Transformative Critiques & Visions for a Better World rejuvenates the relevance of political theory in our contemporary society, as what Aristotle called the “master science.” Vince is writing a five-volume work called The Contemporary White Supremacy Project in America; the first volume being White by Force.

Vince has dedicated the past several years to developing a theory that can help us better understand white supremacy, white identity, whiteness as power, property, privilege, and priority, and racism generally, culminating with his development of a cyclical model called “white by force,” an identity that has been forged and perpetuated from force, violence, and brutality. This model can be applied to a variety of settings, especially that of police brutality in America. This model of identity formation can also be applied to other oppressive identities that have been constructed through physical and ideational violence, such as masculinity.

Vince completed his B.A. in History and Political Science from Ohio Dominican University, and his M.A. in Political Science from Ohio University. He went on to complete his Ph.D. in Seattle at the University of Washington, where he developed several important ways to conceptualize how silence can be used democratically and as a means of resistance. His theorizing, research, and writing has focused on Critical Race Theory, Whiteness, Democratic Theory, Feminist Theory, Gender, Political Theory, Law & Society, Politics of Resistance, Silence, Identity Formation, and American Politics.