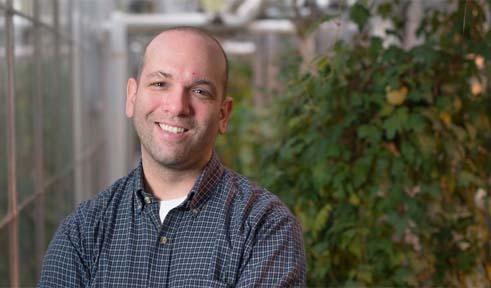 Monday and Wednesday, 2 to 4 p.m., or by appointment

Dr. Fogt’s most recent work investigates how variations in the position and intensity of the Amundsen-Bellingshausen Seas Low, a semi-permanent low pressure system off the coast of West Antarctica, influences the regional climate. In the past, he also conducted outreach to several schools in southeast Ohio on Antarctic climate change through support by the Ohio Space Grant Consortium.

Dr. Fogt teaches many of the meteorology courses within the Geography Department, ranging from an introductory-level course in meteorology, to courses in atmospheric dynamics. He also serves as the director of the Scalia Laboratory for Atmospheric Analysis, the on-campus meteorology laboratory used for teaching, research, and forecasting.

Emily Sheer (Geography M.S.) May 2013. The joint influence of ENSO and NAO on U.S. landfalling hurricanes and their origination points.

Alex Wovrosh, B.S. Geography-Meteorology with Honors, 2012. Characteristics of strong cyclonic activity in the Amundsen and Bellingshausen Seas: Connection to the regional climate change and the climatological mean.