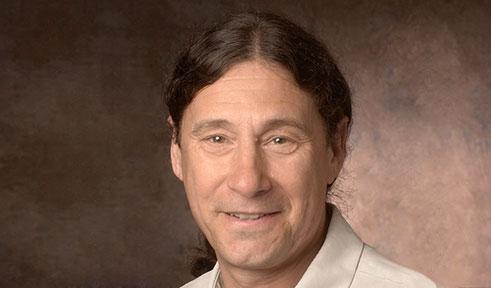 Areas of Specialization or Competence

According to Russell, the structure of the infinite and the continuum were completely revealed by Cantor and Dedekind, and the concept of an infinitesimal had been found to be incoherent and was “banish[ed] from mathematics” through the work of Weierstrass and others [1901, pp. 88, 90]. These themes were reiterated in Russell’s often reprinted Mathematics and the Metaphysician [1918], and further developed in both editions of Russell’s The Principles of Mathematics [1903; 1937], the works which perhaps more than any other helped to promulgate these ideas among historians and philosophers of mathematics.

More than twenty years ago, however, I started to realize that the historical picture painted by Russell and others was not only historically inaccurate, but that the work done by Dedekind, while revolutionary, only revealed a glimpse of a far richer theory of continua that not only allows for infinitesimals but leads to a vast generalization of portions Cantor’s theory of the infinite, a generalization that also provides a setting for Abraham Robinson’s infinitesimal approach to analysis [1961; 1966] as well as for the profound and all too often overlooked non-Cantorian theories of the infinite (and infinitesimal) pioneered by Giuseppe Veronese [1891; 1894], Tullio Levi-Civita [1892; 1898], David Hilbert [1899] and Hans Hahn [1907] in connection with their work on non-Archimedean ordered algebraic and geometric systems and by Paul du Bois-Reymond (cf. [1870-71;1875; 1877; 1882]), Otto Stolz [1883; 1885], Felix Hausdorff [1907; 1909] and G. H. Hardy [1910; 1912] in connection with their work on the rate of growth of real functions. Central to the theory is J.H. Conway’s theory of surreal numbers [1976; 2001], and the present author’s amplifications and generalizations thereof and other contributions thereto.

Associate of Center for Philosophy of Science, University of Pittsburgh (1999-)

Visiting Fellow, Center for the Philosophy of Science (Winter, 2002), University of Pittsburgh.

“The Absolute Arithmetic Continuum and the Unification of All Numbers Great and Small”, The Bulletin of Symbolic Logic 18 (1) 2012, pp. 1-45. [PDF]

“From Completeness to Archimedean Completeness: An Essay in the Foundations of Euclidean Geometry,” in A Symposium on David Hilbert edited by Alfred Tauber and Akihiro Kanamori, Synthese 110 (1997), pp. 57-76. [PDF]

“Hahn’s “Über die nichtarchimedischen Grössensysteme” and the Origins of the Modern Theory of Magnitudes and Numbers to Measure Them,” [PDF] in From Dedekind to Gödel: Essays on the Development of the Foundations of Mathematics, edited by Jaakko Hintikka, Kluwer Academic Publishers, 1995, pp. 165-213.

“All Numbers Great and Small,” in Real Numbers, Generalizations of the Reals, and Theories of Continua, edited by Philip Ehrlich, Kluwer Academic Publishers, 1994, pp. 239-258.

Portions or Chapters of Books

“Editorial Notes” to “On Non-Archimedean Geometry: Invited Address to the International Congress of Mathematics, Rome, April 1908, by Giuseppe Veronese”, translated by Mathieu Marion (with editorial notes by Philip Ehrlich), in Real Numbers, Generalizations of the Reals, and Theories of Continua, edited by Philip Ehrlich, Kluwer Academic Publishers, 1994, pp. (for notes) 182-187.