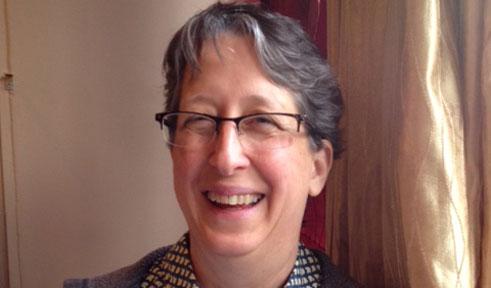 Susan Burgess is an Ohio University Distinguished Professor. A Professor of Political Science, her areas of interest in American politics include law and courts, radical politics, gender and sexuality, and popular culture. She is the author of The CQ Guide to Radical Politics in the United States (with Kate Leeman, CQ/SAGE); The New York Times on Gay and Lesbian Issues (CQ/SAGE); The Founding Fathers, Pop Culture, and Constitutional Law: Who's Your Daddy? (Ashgate) and Contest for Constitutional Authority: The Abortion and War Powers Debates (Kansas). She is also a co-editor of LGBTQ Politics: A Critical Reader (with Marla Brettschneider and Cricket Keating, NYU). Her work has also appeared in a wide variety of disciplinary and interdisciplinary journals including Political Research Quarterly; Polity; New Political Science; Review of Politics; PS: Politics and Political Science; Law and Social Inquiry; Law and Society Review; Law, Culture, and the Humanities; Studies in Law, Politics, and Society; and differences: A Journal of Feminist Cultural Studies.

Dr. Burgess has also held several leadership positions in the American Political Science Association. As part of the Perestroika movement in Political Science, her successful candidacy for a seat on the governing Council triggered an association-wide competitive election, challenging the longstanding system of top-down nominations. During her term on the Council, she was selected to sit on its Administrative (Executive) Committee and co-organized a new section in Politics and Sexuality with Angelia Wilson of Manchester University. She has been a member of the Executive Committee of the Law and Courts section, Coordinator of the Constitutional Law Division, Chair of the LGBT Caucus, as well as serving on the Committee on the Status of Women, and the Committee on the Status of LGBTs. Dr. Burgess has also been active in the Western Political Science Association, sitting on its Executive Council and serving several times as coordinator of its Politics and Sexuality Section. She also has been an officer in the Midwest Political Science Association’s Women’s Caucus and has served as Program Organizer for its LGBT Caucus.