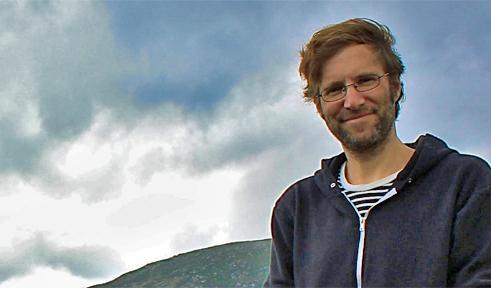 "Depiction, Pictorial Experience, and Vision Science" (invited), Centre for the Study of Mind in Nature, University of Oslo, October 2015.

“Motor planning, Motor Programming, and the Ventral Stream” (invited), Workshop on Illusions of Self-Consciousness, University of Copenhagen, May 2014.

I offer this course at both introductory and advanced levels. Topics include theories of mental representation in philosophy and cognitive science (especially connectionism), consciousness, the relationship between language and thought, and embodied/environmentally-situated cognition. Readings by Chalmers, Churchland, Clark, Crane, Dennett, Searle, Tye, and others (Ohio University).

An upper-level survey of contemporary debates in the philosophy of perception/philosophy of cognitive science concerning the relationship between action, spatial perception, and bodily self-awareness. Readings by Bayne, Clark, de Vignemont, Ehrsson, Evans, Goodale, Mandik, Noë, Pacherie, and others.

18. Pictorial Representation Seminar (Spring 2013)
An graduate/undergraduate seminar dealing with theories of depiction and pictorial representation. This seminar examines philosophical accounts of depiction put forward by Ernst Gombrich, Nelson Goodman, Richard Wollheim, Dominic Lopes, Robert Hopkins, and others in light of psychological research on pictorial space perception. Questions addressed include: “In which respects, if any, must pictures visually resemble their subjects?,” “Do all figurative pictures perform a representational, i.e., property-attributing function?”, “Is a theory of pictorial experience or ‘seeing-in’ (Wollheim) essential to an account of how pictures depict?”, “What is pictorial space?”, and “How does pictorial experience differ from ordinary seeing ‘face-to-face’?” (Ohio University).

14. Honors tutorial: Language and Thought (Fall 2010)
An undergraduate honors tutorial on the relationship between language and thought. Readings by Tomasello, DeLoache, Povinelli, and others. Discussion meetings took place once a week (Ohio University).

12. Philosophy of Cognitive Science Seminar & Honors tutorial (Spring 2009)
A graduate/undergraduate seminar focusing on two major, highly interdisciplinary areas of inquiry in the philosophy of cognitive science: our biologically based and uniquely human ability to make sense of one another in psychological terms (aka “social cognition” or “theory of mind”) and the relationship between perceptual awareness of space and bodily action. Texts for part one: Michael Tomasello’s Origins of Human Communication (2008) as well as readings by Davidson, Dennett, Schwitzgebel, and others. Texts for part two: readings by Clark, Goodale, Grush, Jackendoff, Marr, Noë, and others (Ohio University).

11. Directed Reading: Philosophy of Color (Spring 2009)
A graduate-level tutorial on recent work in the philosophy of color. Readings by Churchland, Cohen, Hilbert, and others. Discussion meetings took place once a week (Ohio University).

10. Philosophy of Perception Seminar: Seeing & Thinking (Spring 2008)
An intermediate level seminar focusing on the recent debate about nonconceptual content in the philosophy of perception. After a careful examination of John McDowell’s Mind and World, the course examines competing philosophical conceptions of the representational content of visual perception, the role of inference in visual processing, and the relation between visual awareness and visually guided action. Additional readings by Clark, Davidson, Kanizsa, Millikan, Peacocke, Pylyshyn, Rock, and others (Loyola University Honors Program).

9. Tutorial: Connectionism & the Mind (Spring 2008)
An undergraduate-level tutorial on connectionism and its implications for philosophy of mind and cognitive science. Text: W. Bechtel and A. Abrahamsen, Connectionism and the Mind, 2nd ed., 2002 as well as additional readings (Loyola University).

8. Epistemology: Other Minds and Other Kinds of Minds (Spring 2006-Spring 2008)
An interdisciplinary, undergraduate-level course focusing on the problem of other minds/other kinds of minds. Topics include psychological explanation and social cognition, autism as a form of “mind-blindness” (Baron-Cohen), the role of language in acquiring a “theory of mind,” and philosophical approaches to mental representation in non-human animals. Readings by Baron-Cohen, de Villiers, Davidson, Dennett, Frith, Heck, Malcolm, Tomasello, Tye, and others (Loyola University Honors Program).

6. Minds & Machines (Fall 2007, Spring 2008)
An intermediate level course in the philosophy of mind dealing with the problem of mental representation in relation to recent work in cognitive science, artificial intelligence, and robotics. Topics include: Turing machines, connectionism, the relationship between language and thought, and embodied/environmentally-situated cognition. Readings by Churchland, Clark, Crane, Dennett, Searle, and others (Loyola University).

4. Introduction to Philosophy/Fundamentals of Philosophy (Fall 2006-Fall 2016)
An introductory level undergraduate course surveying core topics and themes in the Western philosophical tradition. Topics covered include: the mind-body problem, personal identity, freedom of the will, the theory of justice, and the nature of art (Loyola University, Ohio University).

3. Critical Thinking (Spring 2006, Spring 2007)
An introductory level undergraduate course focusing on the acquisition of critical thinking skills. After an introduction to the logical and non-logical fallacies, students are assigned between 50-100 pages of reading per meeting and are quizzed on their comprehension of content and argumentation at the beginning of each class. Texts include: Crimes Against Logic (Whyte), The Omnivore’s Dilemma (Pollan), Collapse (Diamond), and No Logo (Klein), as well as selected articles. This course was taught as a topically organized alternative to the traditional, textbook-based approach to critical thinking (Loyola University).