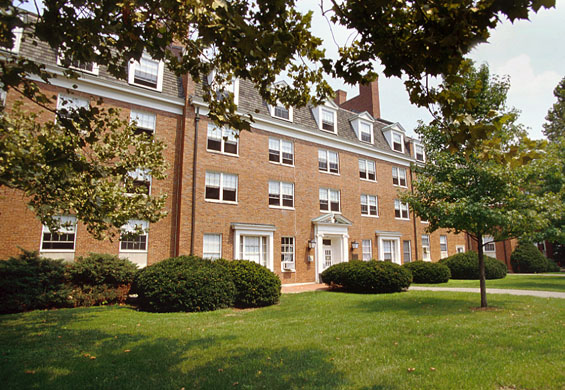 Wilson Hall is located in the West Green, at coordinates E-4 on the campus map. It is marked as #122 on the map.

Wilson Hall is a residence hall. (A different building on the College Green named Wilson Hall serves as an administrative office building.)

Wilson Hall was built in 1964 and used as a residence hall for students. It was originally known as West Green building number 5.

Wilson Hall, was named in honor of Hiram Roy Wilson. He was a native of Hamden, OH, and educated at Ohio University, Cornell University, and Chicago University. He received an honorary degree of Doctor of Literature at the Franklin Indiana College. He joined the faculty at Ohio Unviersity in 1896 as an instructor in chemistry. He became a full professor of English in 1906. He served as secretary of the faculty and chairman of the executive committee of the English department. He was the National President of the Ohio Alumni Association from 1927 - 1929. He authored several textbooks and magazines. He was an accomplished musician, playing the violin, cello, and piano. He retired in 1945 after completing 49 years on the faculty at Ohio University. A bequest of securities was made to the university by Dr. Wilson, with the interest to be used for scholarships. He also willed his library of 1000 books to Ohio University.