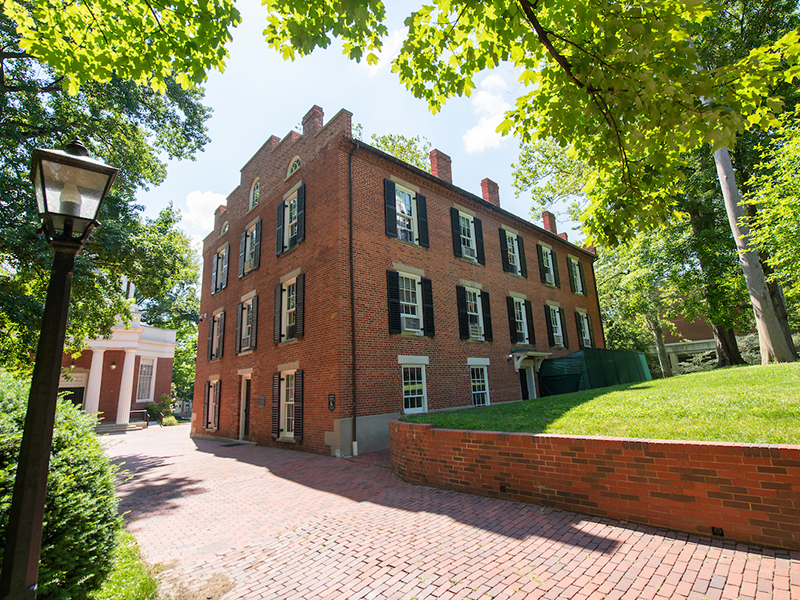 #3
on the campus map

Wilson Hall is located in the College Green, coordinates H-4 on the campus map. It is marked as #3 on the map.

Wilson Hall houses the College of Arts and Sciences. (A different building named Wilson Hall serves as a residence hall on the West Green.)

Built in 1837 in the Federal style, Wilson Hall was originally known as the East Wing. The building has 10 chimneys and decorative corbeling at the cornice. The building was designed for civil engineering studies and later used as a dormitory and classrooms. It was remodeled in 1907 and again in 1965. Since that time it has been used for administrative offices.

In 1939 Wilson Hall was named in honor of Robert G. Wilson, a trustee who became the third president of Ohio University, serving from 1824 through 1839. He was educated at Dickinson College Carlisle, PA. He was a professor, principal and minister of the Presbyterian Church. He was responsible for building both Wilson and McGuffey Halls.