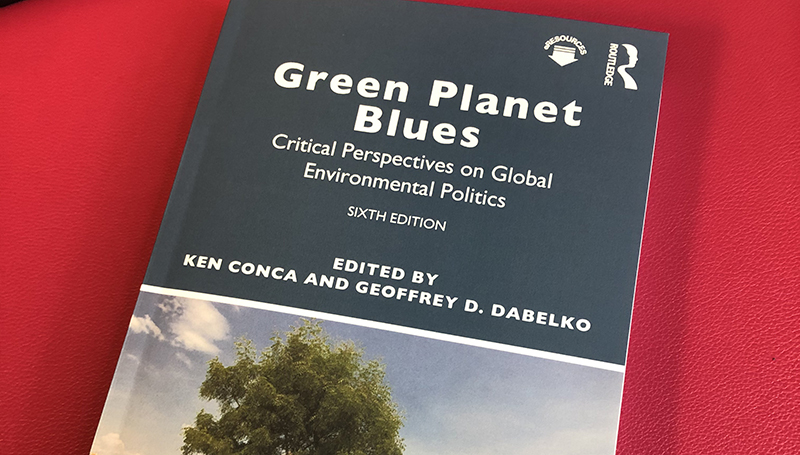 Since 1995, a book co-edited by Geoff Dabelko, professor of Environmental Studies and associate dean at the Ohio University Voinovich School of Leadership and Public Affairs, has led the conversation about international environmental politics.

Now, “Green Planet Blues– Critical Perspectives on Global Environmental Politics” is out in a newly updated sixth edition, published by Routledge. The previous five editions were published by Westview Press, which was acquired by Taylor & Francis in 2017.

“Routledge is a much bigger press and has a much bigger international distribution, so our hope is that the book will have a greater availability overseas,” Dabelko said.

International distribution is important because “Green Planet Blues” presents a wide a variety of international perspectives.

“We try to put an emphasis on voices and perspectives that are not often heard – people from developing countries, people of color, poorer people as well as rich people,” Dabelko said.

New editions are published about every five years, but Dabelko and co-editor Ken Conca, a professor in the Global Environmental Politics program at American University, begin gathering information at least three years before publishing.

“We are constantly on the lookout for thought-provoking new analysis on evolving environmental challenges. Nearly half the pieces are new from the last edition. Only four of 32 pieces in the original edition remain in the sixth edition,” Dabelko said.