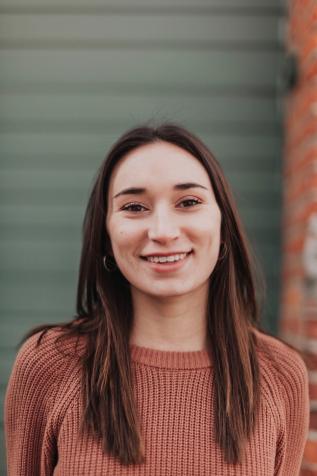 Scripps College of Communication Social Media Certificate student Megan Shahroozi worked in Beverly Hills last summer in an exciting internship with a production company, Ever Media Studios. Shahroozi said she was hired simply to do light finance and support work but soon was able to utilize her social media skills and expertise to achieve more within her role as an intern.

Shahroozi ran the social media accounts for the hosts of an Ever Media program, commenting and sending thank you notes online to fans. The producer later invited her to host a different program, “After Show.” In this role, she used social media to verify information and originate with relevant questions for interviews on the show.

She edited videos from the show to post on IGTV, Instagram’s in-app video platform. Performers on the show accessed the video link and posted it on their own IGTV stories to boost their audiences. Shahroozi said her Social Media Certificate coursework honed not only her understanding of social media practices but also her critical thinking skills, including how we portray ourselves online.