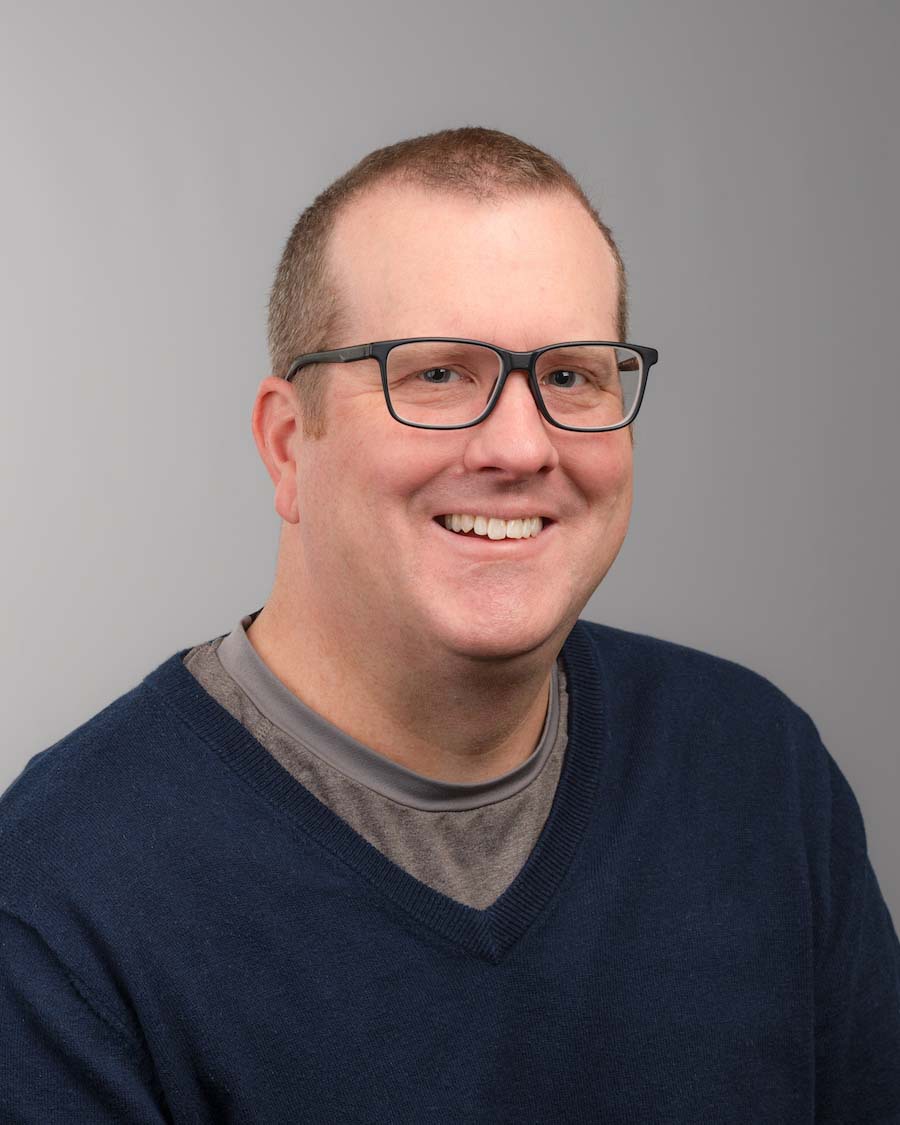 Ohio University alumnus Matthew Ward was drawn to the M.A. in Law, Justice & Culture program as a way to learn more about social justice issues following the murder of George Floyd.

"In the Summer of 2020, I, like many others, was moved by the civil unrest and protests in response to the murders of George Floyd and others at the hands of law enforcement. However, I did not want to risk the health of my family or myself by gathering in large crowds during a pandemic, so joining directly in the protests was not an option for me. Yet, I still wanted to be involved somehow," said Ward, then a prosecutor working in the Athens City Law Department.

After graduating with a B.A. in Political Science and a B.A in History from the College of Arts and Sciences in 1997, Ward earned a Juris Doctorate from the University of Missouri-Columbia School of Law. He worked as a Missouri State Public Defender for eight years and received the David J. Dixon Appellate Advocacy Award from the Missouri Bar Foundation as one of the three most outstanding young appellate attorneys in Missouri. An Athens native, he moved back to Athens in 2012, working first in private practice and then with the Athens County Prosecuting Attorney’s Office and the Athens City Law Department.

"As a prosecutor at the time, I thought I was uniquely positioned to possibly affect some change in the criminal justice field due to my close working relationship with law enforcement agencies in my area and by working from within the criminal justice apparatus. This led me to return to school to see if I could gain more knowledge and understanding about social justice issues," he said. Ward originally enrolled in the online Master of Social Sciences program, but then he discovered the master's offered through the Center for Law, Justice and Culture in the College of Arts and Sciences.

"After viewing the course offerings and seeing so many that related to social justice, I thought it was more relevant to what I was interested in," Ward said.

In December, Ward added another OHIO line to his resume, becoming a civil rights investigator in Ohio University’s Office of University Equity and Civil Rights Compliance. Now in his final semester in the M.A. in Law, Justice & Culture program, this allows Ward to use his background in law and the knowledge gained in the program to be a neutral fact-finder as he investigates claims of civil rights violations involving the university community.

"The amazing M.A. in Law, Justice & Culture program provided me with the tools I needed to make this career change," he said.

Q: What are some of the most meaningful courses that you have taken in the Law, Justice & Culture master's program?

A: The most meaningful courses I have taken in the program were “Race and the Criminal Justice System” with Dr. Daniel Moak in Spring 2021 and “Black Men and Masculinities” with Dr. Bayyinah Jeffries in Summer 2021. Both professors were excellent, and the course materials were fascinating.  Dr. Mariana Dantas’ “Slavery in the Americas” was amazing also.  I really appreciated how she incorporated primary source research into the class.

Q: What challenges have you faced in the master's program, and how have you overcome them?

A: I would say the two biggest challenges I faced in the program were re-adjusting to taking classes after a 17-year hiatus and working efficiently to keep up with the various assignments. The first challenge resolved itself several weeks into my first semester in the program by me just diving back into studying. The second challenge is still a work in progress. Despite making a habit of getting an early start on each assignment, inevitably, I will not end up turning it in until close to the deadline. However, while the volume of assignments is not insignificant, the length of time devoted to my courses is more related to my pace of work, which is probably slower than the average student in the program.

Q: How has the program expanded your knowledge, skills, and horizons?

A: The courses in the M.A. in Law, Justice & Culture program have greatly expanded my knowledge and understanding of social justice issues.  I am so appreciative to the knowledge and skills I acquired as a result of this program.

Q: What are you focusing on for your master's research essay—the capstone research project?

A: My MRE will be focused on the efforts by a coalition of local and regional organizations and the Equal Justice Initiative to bring attention to the lynching of Christopher Davis, a 24-year-old Black man accused of assaulting a white woman, by a mob of white men in Athens, Ohio in 1881. As a law and society scholar, I think it is important to understand how and why this effort to shed light on a community’s suppressed history of racial terror is valuable to society. As someone oblivious to this stain on that area during my time growing up in Athens, Ohio, the opportunity to research this topic is of special interest to me.

Q: What advice would you like to give to future students in the program?

A: Take full advantage of the resources provided in this program. Every instructor I had in this program was, of course, an expert in their respective field. However, each instructor was also very approachable and willing to engage in additional discussion of a topic or answer any questions or concerns that came up. They are a great resource, so do not be afraid to contact them outside the normal class times to explore a topic further.