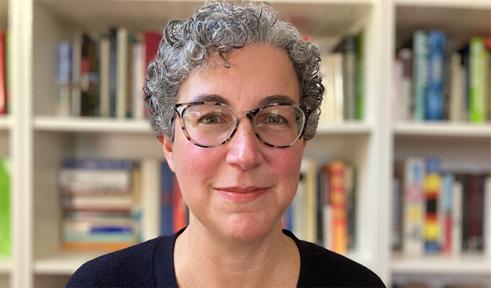 Mariana Dantas is Associate Professor in the History Department. She is a specialist in the history of slavery and African diasporic peoples in the Atlantic World.

Her first book, Black Townsmen: Urban Slavery and Freedom in the Eighteenth-Century Americas (Palgrave 2008), provides a comparative analysis of blacks, slave and free, as urbanizing agents in the Americas. She also has published chapters in edited volumes, and articles in the Journal of Colonialism and Colonial History, Colonial Latin American Historical Review, Journal of Family History, and The Americas, among others. Her reviews of other works in her field have appeared in journals such as the Journal of American History, the Journal of Urban History, and the American Historical Review. She is currently working on a book project that will examine the social meaning of racial categories to three generations of members of families of mixed African and European descent in a colonial Brazilian mining town.

Mariana Dantas is a founding member and serves on the board of directors of the Global Urban History Project, a professional association that promotes research collaboration and scholarly activities in the emerging field of global urban history. The Global Urban History Project is an outgrowth of the Global City: Past and Present International Research Network she and her colleague Emma Hart, of the University of St. Andrews in Scotland, led between 2014 and 2017 with financial support from the United Kingdom’s Arts and Humanities Research Council and Ohio University's 1804 grant.

Mariana Dantas's main teaching interests are colonial Latin America, the history of slavery, and race formation and race relations in the African Diaspora. Her courses include::

Dr. Mariana Dantas also has advised graduate and undergraduate theses in the fields of the history of slavery and colonial Latin America.

"Black Women and Mothers: Social Mobility and Inheritance Strategies in Minas Gerais during the Second Half of the 18th Century," Almanack 12 (Jan./Apr. 2016): 88-104.