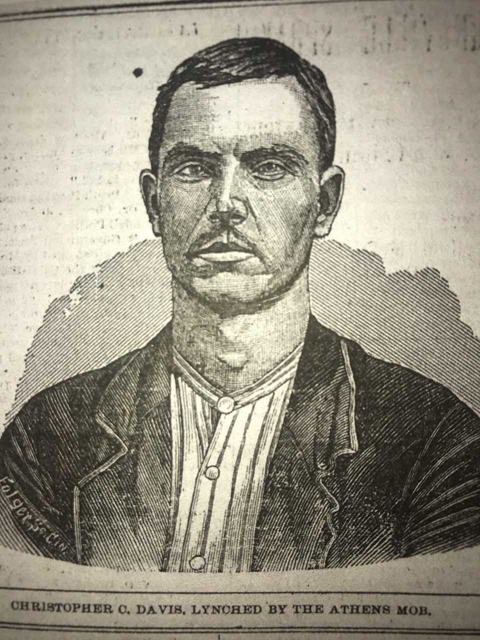 A historical marker on Mulberry Street commemorating Christopher Davis will be dedicated on Nov. 21, the anniversary of his murder by lynching. The event is virtual due to COVID-19.

The dedication ceremony premiers on the Ohio University YouTube channel at 1 p.m. on Saturday, Nov. 21.

In 1881, Christopher Davis, a 24-year-old biracial man and resident of Albany, was lynched near what is now the Richland Avenue Bridge. Davis, who had a wife, a daughter, and an infant son, had been accused of the rape and attempted murder of Lucinda Luckey, a white woman.

In the years since, the tragic account of Davis’ murder had been all but been forgotten in Southeastern Ohio — until history graduate student Jordan Zdinak and OHIO alumna Jessica Cyders ’06 worked to uncover the full story from historical records. They were part of a coalition of community members who worked with the Community Remembrance Project of the Equal Justice Initiative. Cyders is executive director of the Southeast Ohio History Center.

In conjunction with Equal Justice Initiative, on Sept 14, 2019, the coalition held a ceremony at the site where the lynching occurred. More than 300 community members gathered to learn of this history and to collect a jar of soil to be sent to the Legacy Museum in Montgomery, Alabama.

“The Nov. 21 dedication of the historical marker, located near the fourth-floor entrance to the Baker University Center on the Athens Campus, is a significant way to keep the memory of Mr. Davis alive. It is also an important acknowledgement of our history of racialized violence and a step towards recognizing that it continues to this day, a stain on our national character,” says Susan Righi ‘73BS, coordinator of the Christopher Davis Community Remembrance Project. 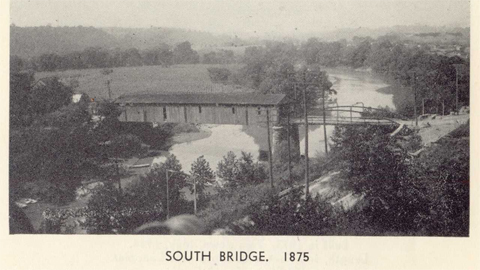 At the dedication, the Rev. Jack Sullivan, executive director of the Ohio Council of Churches, will be the keynote speaker. Sullivan ‘83BSC is a former Bobcat and former member of the Gospel Singers of Faith of Mount Zion Baptist Church.

As part of the remembrance project, EJI sponsored an essay contest for area high school students, giving them an opportunity to learn about racial terror lynching and EJI’s work, and about Christopher Davis in particular. Five students received scholarships from the essay contest, and they will be recognized during the dedication ceremony. Three received honorable mentions.

“The dehumanizing myth of racial difference endures today because we don’t talk about it,” says the EJI website. “American history begins with the creation of a myth to absolve white settlers of the genocide of Native Americans: the false belief that nonwhite people are less human than white people. This belief in racial hierarchy survived slavery’s abolition, fueled racial terror lynchings, demanded legally codified segregation, and spawned our mass incarceration crisis. Our Community Remembrance Project is empowering communities to change the physical landscape to honestly reflect our history…. We must truthfully confront our history of racial injustice before we can repair its painful legacy."