Debbie Burke is a 1985 chemical engineering graduate of Ohio University’s Russ College of Engineering and Technology.  While a student, she was actively engaged in the Society of Women Engineers, the American Institute of Chemical Engineers, New Student Orientation and Residence Life.

Debbie currently serves as one of three women on the Russ College’s 20-person Board of Visitors, where she previously served as chair.  She was part of the Russ College Dean Selection Committee in 2019, which resulted in the hiring of the college’s first female dean.  Debbie served on the Ohio University Alumni Association Board of Directors from 2004 to 2009.

Debbie was the first female promoted to engineering manager for NiSource/Columbia Gas of Ohio and Columbia Gas of Kentucky, and she firmly believes that the greatest influence she has had in mentoring and encouraging other women has come through her numerous volunteer activities.  Debbie and her husband, Bill, are the proud parents of two Bobcats, Lydia and Ross. 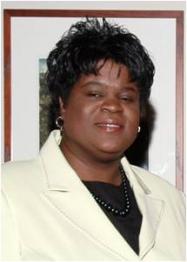 Cynthia Calhoun is an Aerospace Engineer Supervisor serving as Deputy Chief of the Program and Project Assurance Division at NASA John Glenn Research Center in Cleveland, Ohio. She is responsible for assuring NASA systems are of high quality and operate safely, to ensure a successful mission for NASA programs and projects. This includes overseeing an annual budget of 14 million dollars and staff of 58 employees who evaluate the safety, reliability, and quality of aeronautics and space systems fabrication, and technology or research and development activities that could evolve into space systems. Ms. Calhoun has authored and presented numerous national and international publications. She also received numerous awards such as the NASA Group Achievement Honor Award for exemplary efforts in creation of an innovative, detailed, in-house design of Crew Exploration Vehicle, NASA Exceptional Service Medal for Software Engineering, and NASA EEO Medal for her STEM outreach efforts with underrepresented and underserved students. Ms. Calhoun has a bachelor's in Electrical and Computer Engineering from OHIO and a master's in Information Systems Management from Duquesne University. She is a former member of the OHIO Alumni Association Board of Directors and a current OHIO Foundation Trustee and member of RCET Board of Visitors. 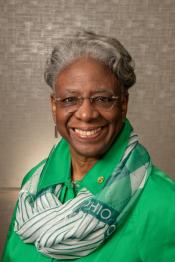 Constance P. Lawson-Davis, a.k.a. Connie, was born, raised and educated in Cleveland OH.    An avid reader and good student, she finished East High, ranking 7th in a class of 180, and followed her older brother, Ranaldo, to Athens.  Beginning her OHIO odyssey in Fall 1963, she concluded it receiving her B.S.Ed. in June 1967. Connie taught English in the Cleveland Public Schools for 6 ½ years before joining Ranaldo (B.S. Ed ’65) at Kent State University in 1973 to pursue her M.L.S., while he was there working on his Ph.D. in Higher Education Administration.

In 1974 the Montclair (NJ) Public Library was her first library position and led to her becoming an active member of the American Library Association (ALA), serving on and chairing committees, as well as the executive board of the Young Adult Library Services Association of ALA. Connie worked as a Teen Librarian and Regional Young Adult Services Manager for Cuyahoga County Public Library, and as the District Coordinator of Media Services and high school Library Media Specialist in the Maple Heights (OH) City Schools during her library career. As a consultant for the Lakeshore Northeast Ohio Computer Association (LNOCA) she conducted training in school library automation.

In 2001 a casual conversation with another alumna led to her re-establishing her OHIO connection that continues to the present!! Through her years of involvement with the University, she has been privileged to meet Presidents, deans, VPs and countless other faculty and staff dedicated to the well-being of her “Bobcat babies”.  These connections have been used to encourage and nurture each student with whom she has come into contact to toward personal and academic success at OHIO. 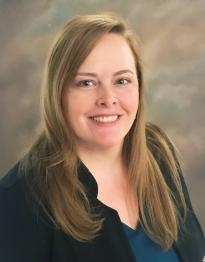 René M. Paulson is the executive director for Texas Woman’s University’s Center for Research Design and Analysis, and the president and founder and senior statistician for Elite Research, LLC, where she continues her mission to empower the world’s researchers.  After earning a Ph.D. and Master’s degree in experimental psychology from Texas Christian University, and a Bachelor’s degree from Ohio University, Dr. Paulson spearheaded Elite Research, LLC, a women-owned small business with headquarters in Irving, Texas. For more than 15 years, she consults with nonprofits, organizations and academics on proposal development, research design, statistics, and manuscript preparation for their grant and personal research. She has been the statistical consultant for numerous national and international grants in areas such as education, health science, nutrition, reading, psychology, and mental illness.

She holds Six Sigma certifications and memberships for several professional organizations, including Association for Women in Mathematics, American Evaluation Association, and the American Statistical Association. In 2015, she earned an honorary Doctor of Community Leadership degree from Franklin University for her dedicated work in the field.  She realized early on the need to support students with collaboration before, during and after their PhD, introducing the community and resource based website, PhDstudents.com in 2012.