Film Showing of Mankiller and Discussion with Valerie Red-Horse Mohl, Director and Producer 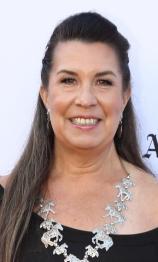 Valerie Red-Horse Mohl, Director and Producer of MANKILLER, is of Cherokee ancestry and the owner/founder of Red-Horse Native Productions, Inc. Red-Horse Mohl and her company have become the preeminent collaborator with American Indian tribal nations to bring important Native stories accurately and respectfully to the screen.

When history fails to preserve stories from our past and present, it’s up to us to correct the record. Wilma Mankiller, the first woman elected Principal Chief of the Cherokee Nation, is omitted from most history books despite ranking among revolutionary leaders like Harriet Tubman or Eleanor Roosevelt. She was an activist and a champion to a nation – and it’s time the world remembers her name. MANKILLER is a documentary celebrating a leader who defied all odds to make a difference for her people. During a time when American Indians found themselves disenfranchised and undervalued by the United States at large, Wilma emerged as a champion of the Cherokee Nation and became its first female Principal Chief in 1985.

This program counts towards the intercultural knowledge component of the She Leads OHIO requirement (the Women’s Center’s professional leadership program).