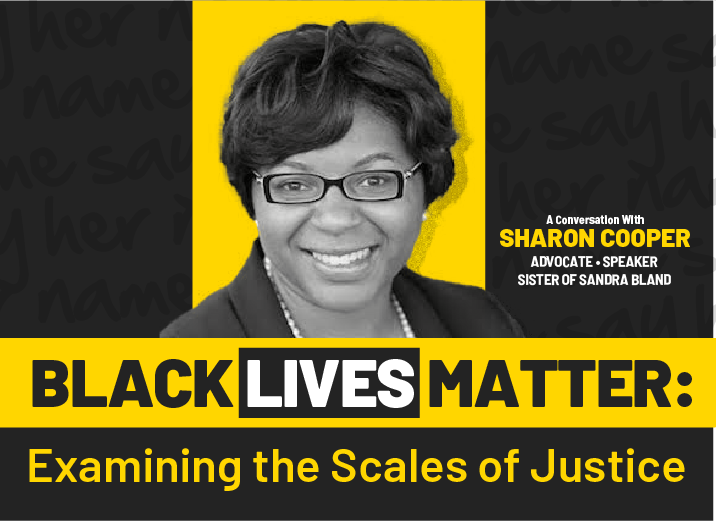 Join us via Zoom on
Friday, July 31 at 11 a.m.
for a conversation and Q&A session with Sharon Cooper — advocate, speaker, and sister of Sandra Bland.

Please register by July 29, 2020 to receive details on how to join the session.

In the wake of her sister Sandra Bland’s untimely death and the suspicious circumstances surrounding it, Sharon has become a social justice advocate on behalf of her sister and other Black men, women, boys and girls who have died in police custody and at the hands of police due to brutal encounters. Recognized by Hello Beautiful as a 2016 Woman to Know, Sharon travels the country speaking about policies that serve as barriers to the progression of communities of color and has appeared on CNN, Nightline, MSNBC & The View.  Sharon is also a member of the #SheWoke Committee, a collective of seven national women leaders with a shared vision of advocacy, equity, and sisterhood that served as the catalyst and inspiration for the first ever Congressional Caucus on Black Women & Girls.

In partnership with the caucus, Sharon engages with thought leaders on Capitol Hill to make Black women and girls a priority in the policy debates that aim to reverse the stain of racism, sexism and classism.

Sharon is married to her college sweetheart and they have a six year old daughter who’s full of personality. 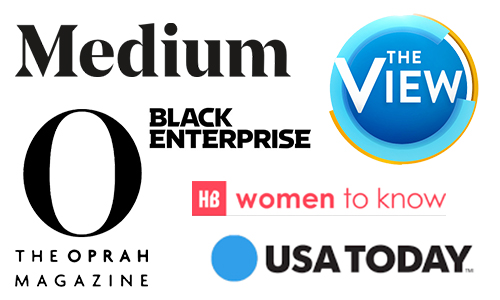 Living While Black in America=Surviving An Infinite Pandemic (Medium.com)

Sandra Bland's Family Speaks Out Exclusively on The View

Say Her Name: the Life and Death of Sandra Bland

Interested in watching the HBO Documentary about Sandra Bland's story? The video is available for checkout through the University Libraries.