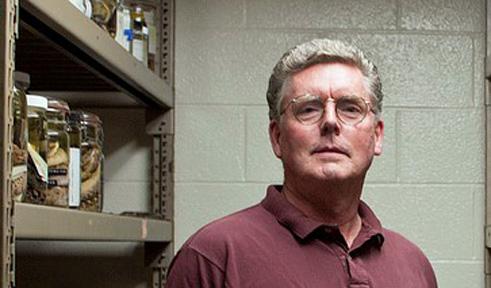 Patterns of genetic variation within and among natural populations reflect the contributions of historical and contemporary processes. In an area of study called phylogeography, my laboratory uses molecular markers to evaluate the distribution of variation among populations of freshwater fishes and assesses the relative roles of vicariance, dispersal, and gene flow in that distribution. In cooperation with the states of Kentucky and West Virginia, we are using mitochondrial DNA sequence variation and microsatellite DNA variation to study differentiation among native and introduced walleye populations. Several native populations have been identified and we are examining the magnitude of introgression with introduced populations. One goal is to identify populations that could be used to reestablish other native populations. A parallel study of sauger allows us to examine differentiation in a closely-related species much less influenced by hatchery introductions. Studies of populations of a freshwater lamprey (genus Lampetra) using mtDNA sequence variation have demonstrated highly significant differentiation among populations. Our data suggest that many of these populations have been isolated since the Miocene. We hope to use this data to identify undescribed forms of this widespread species. We are further clarifying patterns of differentiation in these lampreys by examining the distribution of tandem repeats in the mitochondrial control region. Ongoing collaborations include a study of differentiation in the Stonecat madtom, and in the Ouachita map turtle.